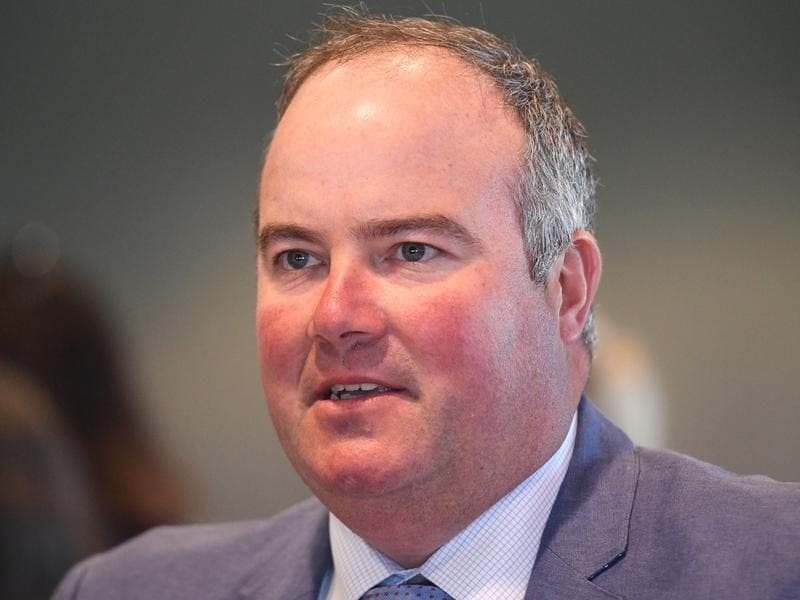 Brad Widdup is keen to end a frustrating run of seconds when he saddles up four runners at Thursday’s Wyong meeting.

Widdup has had 12 seconds in the past seven weeks and jokingly believes he’s on track for some sort of record.

“I’d be breaking a second’s record for sure,” he laughed.

“It’s been incredibly frustrating. You go to the races doing everything the same and they are just getting beat.

“At least they aren’t running last so that’s obviously good but it’s hard running second all the time. It’s just been that type of season.

“Even over the carnival I was running places in stakes races.

“I suppose you’ve got to wait your turn and hopefully it’s my turn on Thursday.

“Wyong is one track where I do have a bit of luck, but I’ve probably jinxed it now saying that.”

Widdup sees well bred colt Tycoonist as the best of his chances.

The $750,000 yearling purchase, by Written Tycoon, resumes in the 1100m 2YO Maiden, having finished fourth on debut at Rosehill in December.

“I think he’s a nice little horse. The 1100m is possibly a little bit short for him but he’s had two trials and we will ride him from the good draw as close as we can and go from there,” he said.

“His run last time in was probably better than it looked. He’s going well enough and while he’s still very immature, I’ve been quite happy with him this time around.

“With two-year-old racing you’re not sure what you’re going to be finding. “There are fair few first starters and it looks like a competitive race.”

Widdup is hoping Daksha can break through in the 1350m 3YO Maiden after finishing runner-up in his last two starts.

The Deep Field colt was narrowly defeated over the same distance at Wyong on April 30.

“I’m very happy with him. He seems to be slowly improving and I think he should be more than competitive.

“His two runs have been good. He’s a tough little horse, who’s had a few issues just maturing. He seems to be going really well at the moment and this looks an ideal race.”

Widdup considers Louder a chance in the 1200m Class 1 but said the inside barrier draw is a hindrance.

The three-year-old filly was a last start winner at Goulburn, her first victory from five runs.

“Normally you want barrier one, but I would have preferred five or six where she could be off the fence,” he said.

“Both her runs this time in have been good. Her run at Newcastle she would have finished a bit closer if she could have got to the outside. The other day at Goulburn was similar. It took a long time for her to get out to the middle of the track and when she did, she hit the line really good.

“This is a suitable race for her, she’s trained on good but will need a bit of luck from the barrier.”

Widdup isn’t as keen on Pepikhani, in the 2100m, with the filly on her last chance.

“She’s been very plain, so we are just trying to get her out to this sort of distance to see what she does.”