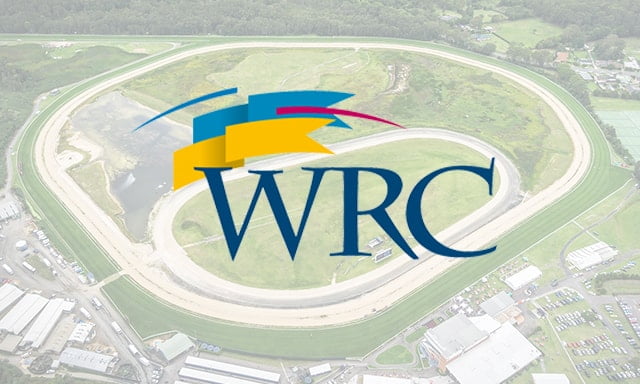 NOTICE IS HEREBY GIVEN THAT: The 2021 Annual General Meeting of Wyong Race Club Limited will be held on Tuesday 9 November 2021 in the Magic Millions Lounge (middle floor), Wyong Racecourse, Howarth St, Wyong, commencing at 6.00pm

The business of the Annual General Meeting (AGM) shall be as follows:-

1. Confirm the Minutes of the 2020 Annual General Meeting.

A. “That Members approve and agree to expenditure by the Club until the next Annual General Meeting of the Club of reasonable expenses incurred by directors in relation to such other duties including entertainment of special guests to the Club and other promotional activities performed by directors including attending functions at other clubs to represent the Club, such activities and expenses as may be approved.”

B. “That Members approve and agree to the availability until the next Annual General Meeting of the Club a reserved car space at Club race meetings for directors.”

C. “That Members approve and agree to expenditure by the Club until the next Annual General Meeting of the Club of reasonable cost of refreshments after Board meetings.”

4. Appoint the Auditor for the ensuing year.

6. Transact, in accordance with the Constitution, any other ordinary business that may be lawfully brought forward.

It would be appreciated if members who wish to raise queries or seek information about any matters appearing in the Annual Report, give at least (10) days written notice to the General Manager. This will allow sufficient time for proper research and preparation of the replies for the benefit of all Members.

Members and Proxies attending the AGM will be required to prove their identity with photo ID such as a driver’s licence, a passport, or similar. A Member’s card by itself will be insufficient proof of identity.

Appointing a Proxy: if you are a Member entitled to attend and vote at this AGM, you may appoint a person as your proxy to attend and vote for you at the meeting. A proxy need not be a member of the company. For the appointment of a proxy to be effective the required form (available from the Racing Club office) will need to be completed and returned by 4pm Thursday 4 November 2021. The Constitution of the Wyong Race Club does not provide for postal voting.

The AGM will need be held in accordance with any COVID-19 restrictions active at the time of the meeting.   Members are asked to familiarise themselves with any active restrictions on the day of the AGM and to only attend the AGM if the restrictions permit them to do so. 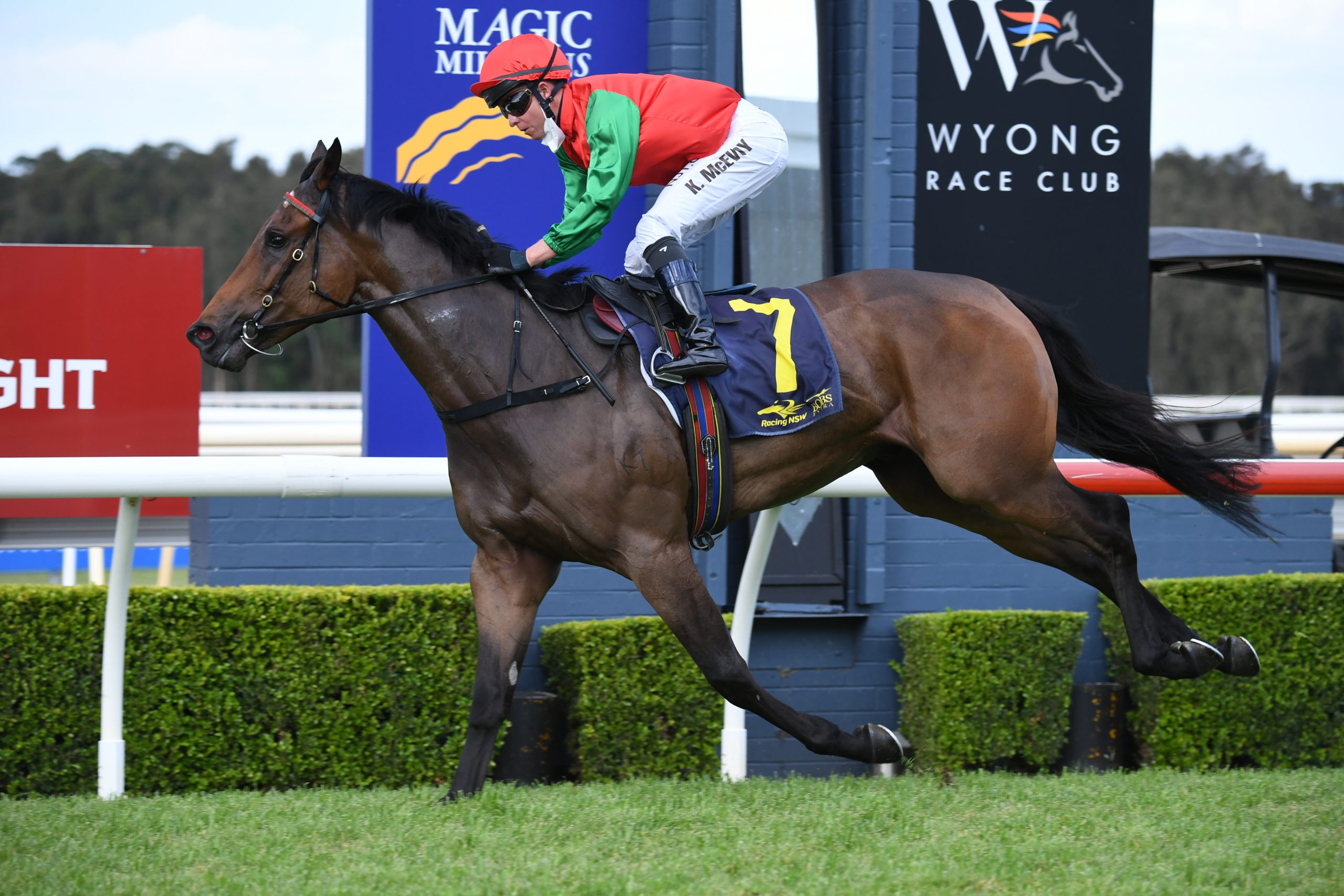 Another super Provincial meeting saw plenty of progressive winners across the eight races, as the club recognised Police Remembrance Day.

Three-year-old trio Ka Bling, Garmish and Riduna all look set for bigger things, while Les Bridge’s The Denzel will also head to town on the strength of his dominant six length victory.

Grace Bay and Dom Tycoon stamped themselves as Four Pillars candidates with strong wins, while Tim Clark and Regan Bayliss shared the riding honours with doubles.

Damien Lane showcased two of his aspiring Four Pillars runners, Zorocat and Too Good To Be True, who looked impressive in a gallop between races.

It didn’t take long for leading jockey Tommy Berry to return to the winner’s circle steering Ka Bling to a nice victory in the first.

Berry, who has been sidelined from suspension for a month, came from behind in the straight to win by a length.

It had looked a race in two when the favourites The Poacher ($2.40) and Hold On Honey ($2.60) headed into the straight, but the back markers had other ideas, running down the leaders on the line.

“It’s always the start you want to come back on with a win,” Berry said.

“I was glad to get on this bloke today because I’d done a bit of work on him at home and ridden him in a couple of trials.

“I always thought he could progress well off his first run, and he was really good today.

Improvement out of that.”

The well-bred Ka Bling ($6), a son of Capitalist, was a $200,000 yearling raced in partnership by trainers Peter and Paul Snowden.

He beat Greg Hickman’s Unwritten ($14), with Podium ($17) from the Waller stable, an eye-catching run in third.

The Waterhouse/Bott trained Riduna lived up to stable expectations with a tough maiden win.

Regan Bayliss rode the Fastnet Rock filly to victory, crossing from the wide barrier and giving her a mid-race breather.

She hit the lead on straightening and was able to hold out the fast-finishing Mystic Mermaid ($4.60) to win by a half-length.

“She looked so good in the coat and was bouncing around before the race. Just on that she looked the winner,” stable representative Neil Paine said.

“Regan rode her exactly to Gai and Adrian’s instruction, bouncing her out and crossing over. When they attacked her, she showed a lot of heart to win the race.

“She’s not overly big but she’s got a big heart. As long as they’ve got a heart it doesn’t matter how big or small, they are.”

Riduna, a $120,000 Magic Millions yearling, was sent out $2.90 second favourite on the strength of her last start third at Hawkesbury.

Garmish made a promising return to racing, proving too strong for his opposition first up.

The Snitzel colt had been impressive in his first preparation, having placed fourth at Metropolitan grade and second at Newcastle.

Tim Clark settled the three-year-old just behind the leader and hit the front on straightening.

He held out Dubai Showgirl ($16) and the fast-finishing Danzette ($7), both from the Snowden yard, to win by a half-length.

Clark said the colt had the right form leading into the race.

“It looked like his race, but he had to get out there and execute and that’s what he did,” Clark said.

“He travelled well throughout but was waiting for something to come at him.

“He hit the front and waited a bit but when challenged he had plenty to give.”

The Denzel was in a class of his own bringing up his first win by almost six lengths.

The Adelaide gelding, trained by Les Bridge, shook off his bridesmaid tag in fine fashion, blitzing the field.

Kerrin McEvoy took the four-year-old to the lead, dictating terms in front, before pinching three lengths on the turn and drawing away in the straight.

“He’s been bumping into a few handy horses of late but has done well since his last run.

“He backed up lovely today and is heading in the right direction. Les will find a race for him in the coming weeks. I think he can go a bit further in trip as well.”

The Denzel, who started $1.10 favourite, had been placed in five of his last six starts.

The Teofilo mare had been placed second at her past two starts on the Kensington and Newcastle tracks.

She was sent out $2.25 favourite on the strength of those placings and didn’t disappoint despite missing the start.

Clark, who brought up a winning double, was able to settle Silhouette toward the rear, before circling the field on the turn and running down her rivals on the line.

“She put the writing on the wall last start,” Clark said.

“Things didn’t go to plan today but she showed she had a bit of class. She stood a bit flat footed, but I rode her quiet and was able to pick through the field and she was soft to the line.”

Backed in from $12 earlier in the day, John Steinmetz’s Choistar gelding had good first up-form and didn’t disappoint with a strong win.

Regan Bayliss, who brought up a winning double, positioned the six-year-old toward the rear, circling the field on straightening and running down the leaders on the line to win by a long neck.

“It was a good performance from him,” Bayliss said. “He’s a horse that gets up over a bit further.

“He tracked wide today but felt comfortable and got into a good rhythm. “The key to him is we were able to get going when we wanted to get going. “He’s not a stop start horse and built good momentum and was able to fend them off and win first up. He’s in for a good prep.”

The five-year-old last started in the Provincial Championship Final at Randwick on April 17 where she finished 2.9 lengths behind the winner.

She was subsequently spelled and looks to have returned in great form.

Starting at $5, Grace Bay earned good support and didn’t let punters down, with a sustained run in the straight giving her a three quarters of a length victory.

“I rode her when she first came back in and thought she’d come back stronger and bigger and improved further on last preparation,” Lever said.

“She had three jump outs coming into today and we knew she was going well.

“She races well fresh and is easy to read. You know when she’s ready.

“She is honest and just tries. It turned out perfect today.”

Collett described it as a “pretty professional performance.”

“He was the class runner coming into this and was fantastic first up. I think they will be aiming for something higher now.”

Andrew MacDonald’s Major Murphy ($21) put in an improved performance to finish second, ahead of the Stephen Jones trained Toro Toro ($9), who was strong under the big weight.

An upset in the last with the Peter Robl’s consistent galloper Dom Tycoon bringing up his third win this preparation.

The Written Tycoon gelding, beat the Annabel Neasham’s short-priced favourite Jesse James, who seemed to baulk in the final stages.

Robl said the four-year-old would be an ideal Four Pillars runner.

“He has won three out of his last four starts and won over the journey, so they could do a lot worse,” Robl said.

“His benchmark will be ideal, and I think he would go really well in a race like that.

“He’s been a good little money spinner for the owners. They brought him cheap and he’s getting better with age. They are great customers of mine and it’s good to be able to reward them with this type of consistency.”

“He’s racing with a lot of confidence and going through his grades nicely,” he said.

“I needed an out at the top of the straight and had a lot of horse. Once I got into the clear he dug deep and knuckled down.”

In the closest finishes of the day, Dom Tycoon beat Jesse James ($1.60) by a head, with Damien Lane’s Oakfield Captain ($17) third.