Mark Stewart has mixed feelings about Wyong, with three of his previous four runners at the track all finishing second.

The Taree based trainer returns for Thursday’s KFC meeting, hoping to breakthrough for a win.

“I haven’t had a lot of Provincial runners and certainly Wyong has been good for me with three of them running second,” he said. “I’ve had good and back luck I suppose because it would have been nice to win, but hopefully we can go one better on Thursday. I know all three race well at the track and can handle heavy conditions, so that’s a bonus.”

Stewart’s trio Gracious Gracie, All Beans and Preferred Choice all finished second at Wyong in their current preparations, giving him plenty of confidence heading into the meeting. Alysha Collett will partner all three.

All Beans, a three-year-old son of Spill The Beans, starts in the 1100m Provincial & Country Maiden over 1100m. He has been runner-up in three of his eight starts, including a second at Wyong over 1200m on April 28.

“He was second at Moree last start but really should have won. He over raced badly that day and got on the back of heels. We’ve taken the blinkers off for this race, just to see if we can get him to settle a bit more, and hopefully he’ll finish off even stronger.

“I’ve had him since he was a weanling, and I think he could turn out to be a pretty handy horse.”

Choisir mare Preferred Choice lines up in 2000m Class 1 and Maiden, with Stewart confident she’s ready for the step up in distance.

The four-year-old has had a win and two placings from five starts since joining Stewart’s stable and should relish the track conditions.

“I think she’s a dead set wet track horse. We took her to Moree the other day, it was a soft track, and she didn’t like it. She’d won in the heavy at Taree the start before and was second at Wyong.

“I don’t think she liked travelling to Moree. It took her a few days to get over it and Wyong is just down the road. If she comes to the races like she did when she won, she’ll be there at the end.”

Stewart’s Dream Ahead mare Gracious Gracie is a dual acceptor in the 1350m 4YO & Up Maiden and 1600m Maiden.

“I’ll try and work out the best race for her. She’s been a bit frustrating running plenty of seconds and I think she’s looking for a mile now.

“The 1350m looks an easier race but she’s drawn wider in it. I’ve had her for four starts now. She came to me with a few feet issues but she’s about 90% sound now. Once she’s fully sound I think she’ll be a pretty handy horse.” 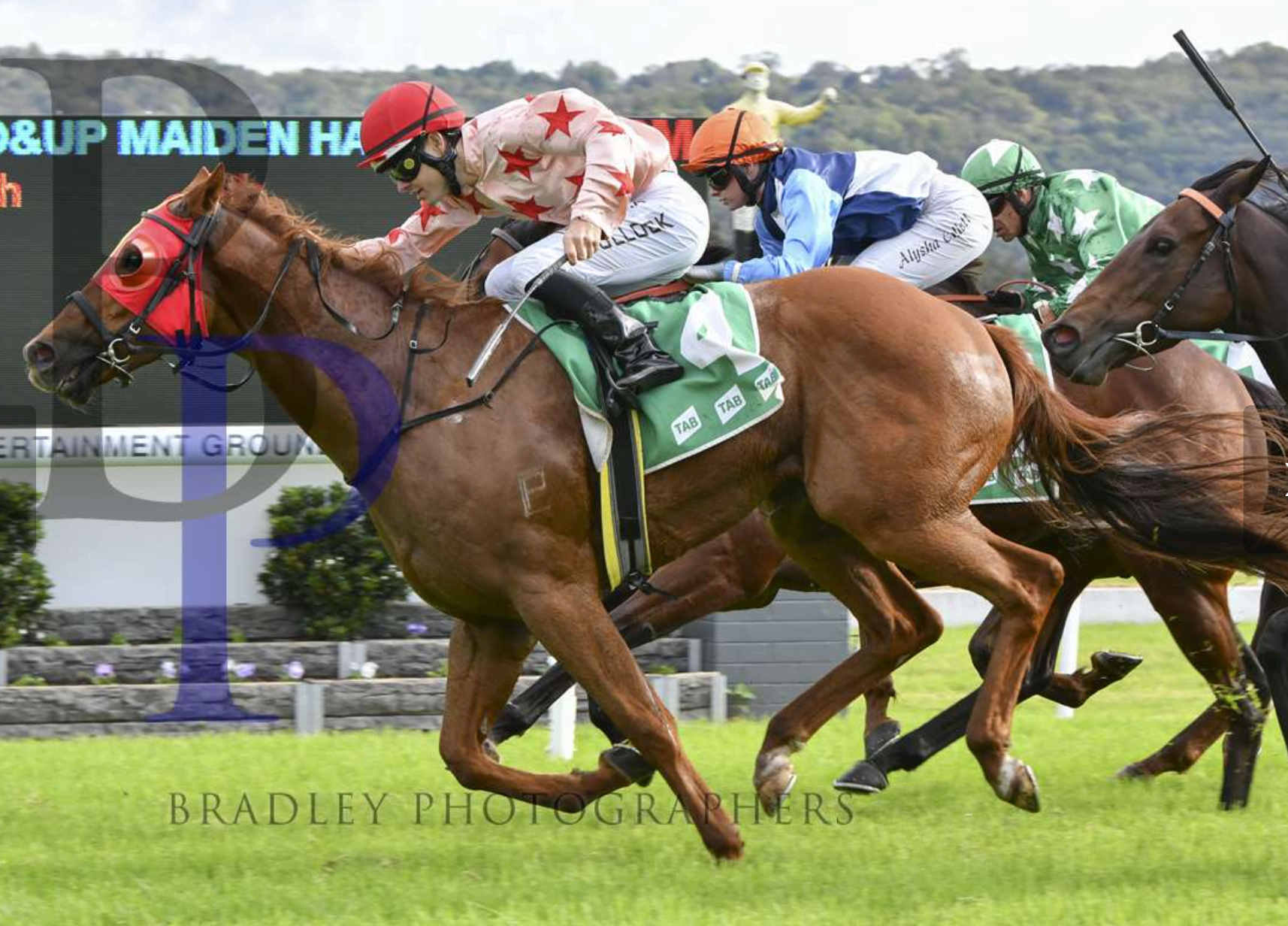 Moneymadefamous ground out a tough win at Gosford last start and Brett Partelle is confident the gelding is capable of back-to-back wins.

The five-year-old is one of three runners Partelle takes to his home track meeting this Thursday and he believes at least two could figure in the finish.

Moneymademefamous and Skye Banner start in the 1200m Class 1, while Nomoretawq lines up in the 1100m CG&E Maiden.

Partelle said Moneymademefamous had improved since his maiden win on a heavy track.

“He hasn’t gone backwards since then. He goes up in class but I’m sure he’s ready to run a nice race and put his best food forward again,” he said.

The Fast ‘N’ Famous gelding came to Partelle via a stint with Gordon Yorke in Albury.

“He’s been a bit of a work in progress, but he keeps improving. He came up here pretty new and pretty raw.

“Yorkey and I had a discussion and we thought he’d improve with better training facilities here, which he has.

“First up for me at Gosford he got too far back and in his next run at Wyong he was wide and ran fifth. Then he came out the other day and won, so he’s getting better with each run.

“He’s maturing and his confidence is quite high, so I’m expecting another good performance.”

Partelle also expects a good showing from another recent stable addition Nomoretawq, who is coming off a third at Gosford over 1100m on April 22.

The six-year-old, by Onemorenomore, was previously in the care of recently retired trainer Peter Eggleston.

“Peter sent him down in good order. He’s settled in well and enjoys the environment. We have him in the water a lot which is pretty therapeutic. He seems to appreciate that and is responding to it.

“His last couple of runs have been really good and he will handle the track.

“In saying that I’d like to see him on top of the ground but that’s not an option at the moment.

“He’s improved since his last run, and I expect him to race well.”

Wet tracks have been an issue for Sky Banner, who also starts in the 1200m Class 1.

“I’ve been hanging around try to find the right race and right track for him, but it hasn’t happened so I’m starting him under sufferance.

“He needs firm footing but we’ll send him around. He needs to race otherwise you are just going backwards.”

The first of nine races gets underway at 11.40am.