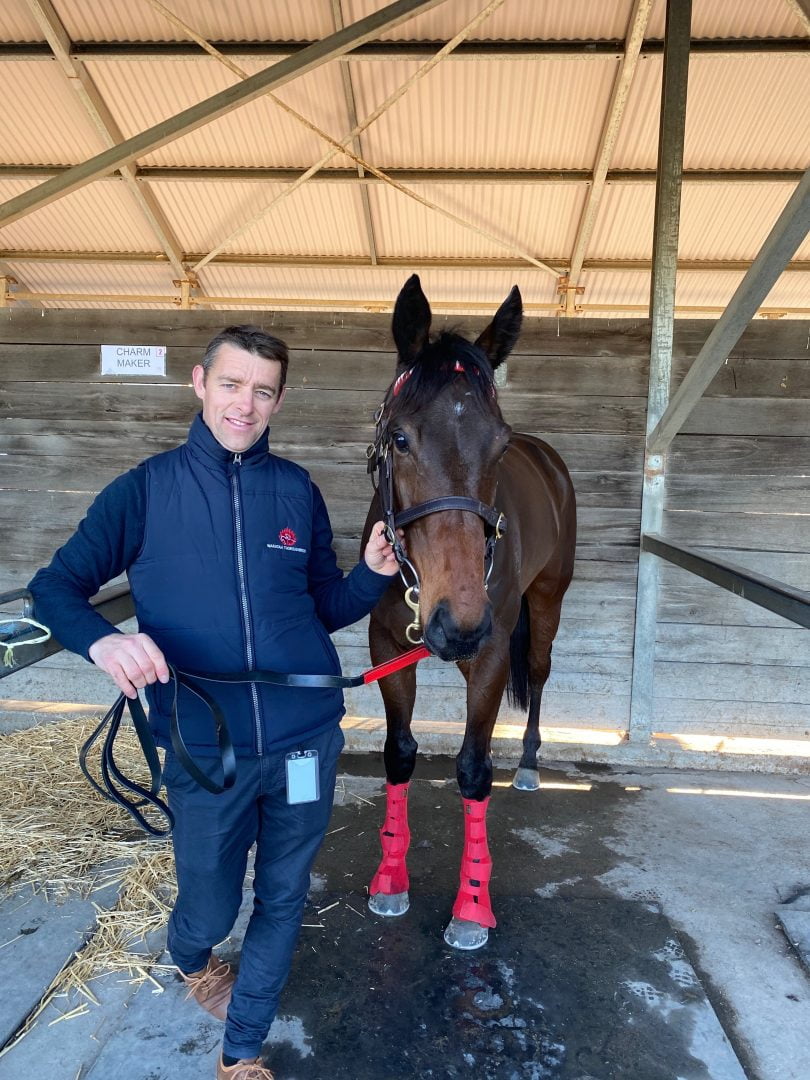 Stephen O’Halloran has made the trip to Wyong countless times as racing manager for the Waterhouse/Bott stable, but on Sunday he will saddle up runners for the first time in his own name.

O’Halloran spent 17 years as a vital cog for the leading Sydney stable, but earlier this year stepped out on his own to become a trainer for Moss Vale based Waratah Thoroughbreds.

He will start the consistent Prince Arragon in the 2100m Carlton Draught Wyong Gold Cup Prelude and the lightly raced Miss Japan in the 1600m Provincial and Country Maiden.

“Gai was a big supporter of sending horses to Wyong, especially with the ones heading towards Magic Millions, so I had plenty of trips up there over the years,” O’Halloran said.

“Sunday will be my first runners at the track in my own right.

“It’s been a big change for me but I’m enjoying it.

“It’s obviously a lot different from just being based at Randwick and running the stable for Gai.

“I’m making my own decisions now, but we have a beautiful property down here in the Southern Highlands which is great for the horses.

was good to get the monkey off my back, so to speak.

“I have 29 horses in work and will try and get them all out running in the next few weeks.”

O’Halloran believes Prince Arragon has a good chance in the Wyong Cup Prelude.

The More Than Ready four-year-old, who has a win and four placings from 10 starts, will have his first attempt at the 2100m.

“He’s been going really well and came out of his last start good,” he said.

“The extra ground is going to suit him, and he’s been crying out for a dry track.

“It looks like he will get the ideal conditions and I expect him to run out the distance.

“Last start he was over the 1875m at Newcastle and he was just beaten.

“Keagan (Latham) was really happy with him and believes he will have no problems with the 2100m.

“I think on his racing style, he relaxes really easy, goes to sleep underneath you and has that turn of foot that you need over a staying trip.

“Keagan is pretty comfortable he will run the distance, especially on a good track.”

O’Halloran also expects a much better showing from his mare Miss Japan, who is coming off a last at Goulburn over 1500m on August 14.

She lines up in the 1600m Provincial and Country Maiden and will also be ridden by Latham.

“She was very disappointing last start, but we are putting it down to the heavy track at Goulburn.

“We are looking forward to a big improvement from her being on top of the ground.

“Her work has been good since the run and I expect her to race well.”

The Cup Prelude has attracted a field of nine, with Frenzied from the Waterhouse/Bott stable and Malfy, trained by Mark Newnham among the top chances.

The 1200m 3YO Maiden has attracted a capacity field, with plenty of classy debutants including Van Gogh, a $170,000 yearling from the Waterhouse/Bott stable, who was impressive in two recent trials.

The first of eight races gets underway at 12.50pm.