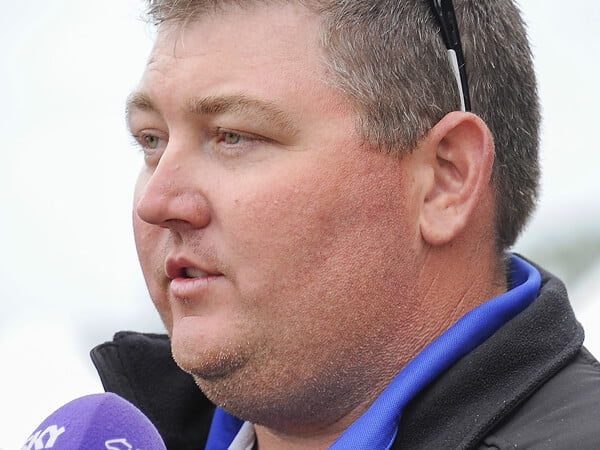 After four days on the road Damien Lane is hoping his home track on Sunday will bring out the best in his runners.

“You don’t often get a run like that, but you have to take the horses where they are best suited.

“I have a capacity 35 in work now and you have to travel them.

“It will be good to race at home and it should suit the horses we’ve got in.”

Lane is hopeful three of the four runners could figure in the finish.

Mr McBat returns to his ideal distance in the BM64 over the 1600m and Lane said he should run well.

The seven-year-old was side-lined with a tendon injury for 18 months and returned on the Beaumont track on December 21 where he finished fourth over 1150m.

“I thought his first up run was good, but he was a bit plain second up at Warwick Farm.

“It was a decent enough race in town and I just thought he might be looking for further straight away this time, so he’s up to the mile. That is his best distance so he should race well.”

Lane expects Lavish Rose to return to her best form in the 2100m BM64, after a failing in city class last run.

The four-year-old Domesday mare won over the 2200m on the Beaumont Track on Boxing Day and Lane believes she is more suited to Provincial grade.

“She won well two starts ago and then I tried her in a Saturday Sydney grade over the 2400m.

“It was a pretty strong race and she’s probably not quite up to that.

“She looks pretty well placed in this race and back at the Provincials. I think she will be much better suited back at this level.”

Lane believes a softer track on Sunday will also suit Oakfield Gettem, who previously tasted success over the 1100m at Wyong in June last year.

She starts in the 1100m Class 1, which according to Lane should be ideal.

“She went really well first up and was then a bit plain second up at Wyong. It was probably one of the hardest tracks we’ve raced on that day and she just jarred up a bit.

“I think with some rain about the moisture in the track will suit her better on Sunday.

“I would of preferred a soft draw because if you’ve got to use her early she tends to go on with the job and not relax but she will start from 10.

“My other runner Oakfield Cheyenne hasn’t shown a lot to date and I think if she is going to show us something it will be when she gets to a mile and beyond. Sunday will be just more a fitness run for her.”