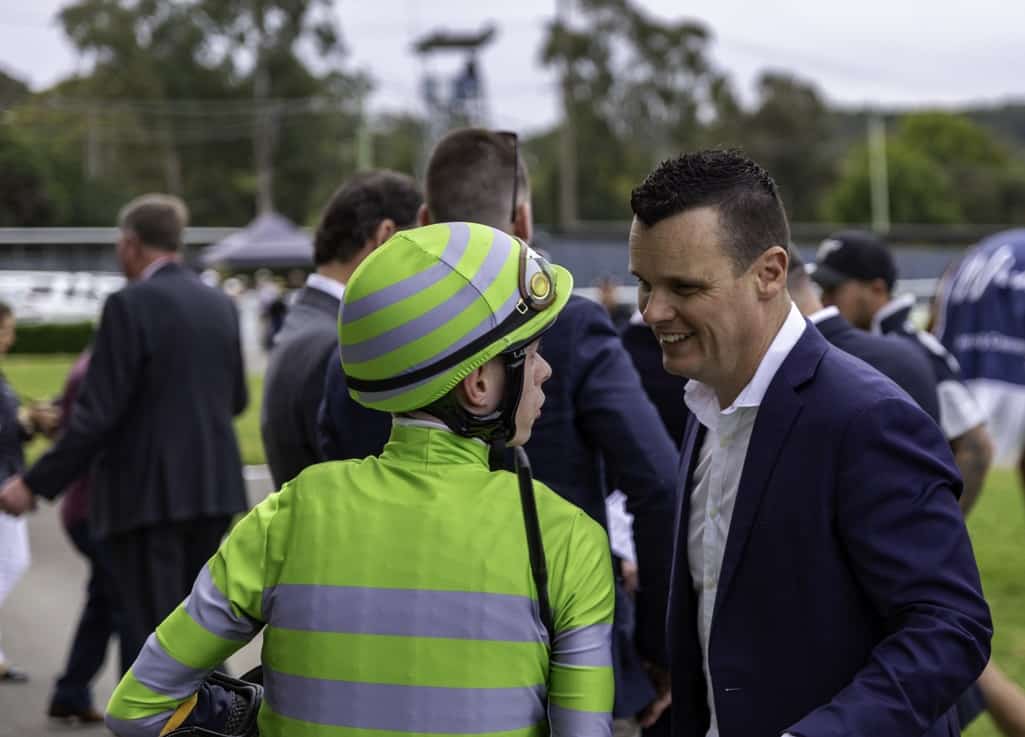 It’s no secret Joe Pride is a big fan of Wyong.

Coming off a treble of winners at the October 10 meeting, Pride has six runners lining up at Sunday’s Central Coast Men Of Football Raceday.

“I love racing at Wyong and hopefully we can have another winning day on Sunday,” Pride said.

“I’ve got some good chances and I’m confident they will all run well.”

All Too Hard gelding Galahad’s Quest is shooting for his fifth straight win in the 1350m Benchmark 70 and Pride sees no reason why he can’t get the job done.

“I don’t mind saying this horse has surprised me,” he said. “He’s a horse that was dead and buried at the end of his last preparation, but I decided to give him another go.

“He’s racing really well. It’s another nice race for him and he will be very hard to beat.”

The four-year-old, by Not A Single Doubt, steps up to 1300m in the Benchmark 64 Handicap.

A newcomer to the Pride stable, the gelding has had two starts for a win and a third for his new trainer.

“He finally came good with a win at Goulburn last start which was great,” he said.

“It was a really strong win so he’s not out of place in this field. He should go well and he’s probably one of the better chances on the day.”

He believes Threeood could atone for her previous two starts on the track.

“Threeood hasn’t had much luck in her last two starts at Wyong, particularly the last one when she had no luck at all,” he said.

“We will try and ride her a bit handier over the 1350m and she has pleased me at home. She’s a bit of a quirky horse but has the ability to win this, no problems.

“I love Stockman, he’s a beauty. He’s a really nice horse and is going to run 2000m plus. He’s got a lot of quality about him.

“It was a good first start in a race, a bit of a hidden one there first up. It was a very good effort and he’s continued to train on. Probably of all the horses I’ve got up there on Sunday, he’s the horse to follow going forward.”

Pride said Romalette, who resumes from a spell in the 1200m Class 1, will be better next start.

The Epaulette mare won her last start at Wyong on April 24 and has had two trials coming off a spell.

“She’s a lovely mare. She won really impressively there at Wyong in her second start but probably needs this run. She’s a big strong girl and I’d say she will have ‘back me next start’ written all over her after this race.

“She was well held in both trials and she’s got a nice manner.”

Completing the stable’s runner is first starter Cash Is The Deal who lines up in the 1200m Maiden.

“She’s got a decent future but she’s a Dundeel filly so we are thinking she’s going to need a bit of ground. She has trialled up like you would expect a Dundeel horse too, not that sharp. She will probably need the education and the run on Sunday.”