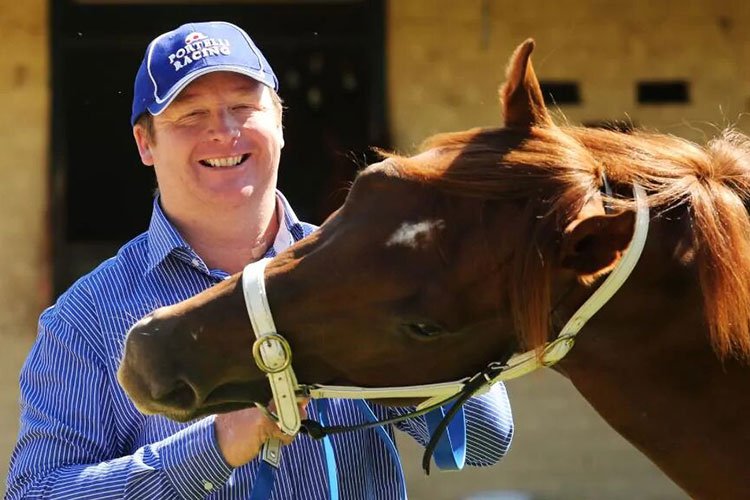 The Portelli stable is hoping First Lady can replicate her last start win when she lines up in the Provincial Cup at Wyong on Thursday.

There is no doubting the toughness of the Not A Single Doubt mare, who is coming off a last start win at Canberra on April 3.

She will be having her 11th start this preparation, having claimed victories at Nowra, Mudgee and Canberra all over the 1600m.

“She’s pretty consistent when she gets the right conditions and that should be the case at Wyong.

“She likes the sting out of the ground, but it was good to see her win at Mudgee with the track a good three.

“It shows her versatility, that she can get the job done even if it’s not wet.”

First Lady is one of three last start winners in the Class 4 Provincial Cup field of 11, with Larynx from the Brett Thompson stable coming off a win at Muswellbrook and the locally trained Our Tax Return, trained by Les Tilley, having tasted success at Tamworth.

Vinci Lady, looks to be another strong chance for Portelli, starting in the 1000m Class 2.

The I Am Invincible mare was an impressive winner over the same distance at Wyong on March 2, before having excuses when finishing toward the rear of the field at Goulburn on March 23.

“Hopefully things will go her way and she’ll jump in front and see if they can catch her,” Fathers said.

“That’s her normal racing pattern and she’s won at Wyong so there won’t be any problems there.

“She’s had a little freshen up since Goulburn. She’s quite an enthusiastic work horse at home and keeps herself pretty fit.”

Louise Day, who rode her to her Wyong win, partners the four-year-old, who is shooting for her third victory from nine starts.

Tom Sherry also partners Redoute’s Choice gelding, Mikhail, who is second up in the 1350m Maiden.

The four-year-old has had three starts for a second at Wyong over 1100m last preparation.

Fathers said his first up effort at Gosford was credible, having been off the scene for 35 weeks.

“He’s improved a heap off that and had a good blow after the race.

“He was probably better than the result shows there. He knows Wyong and should be pretty competitive.

“He’s a big solid Redoute’s Choice gelding who was always going to need a run back anyway and the extra distance will suit.”

The first of six races gets underway at 1.15pm.