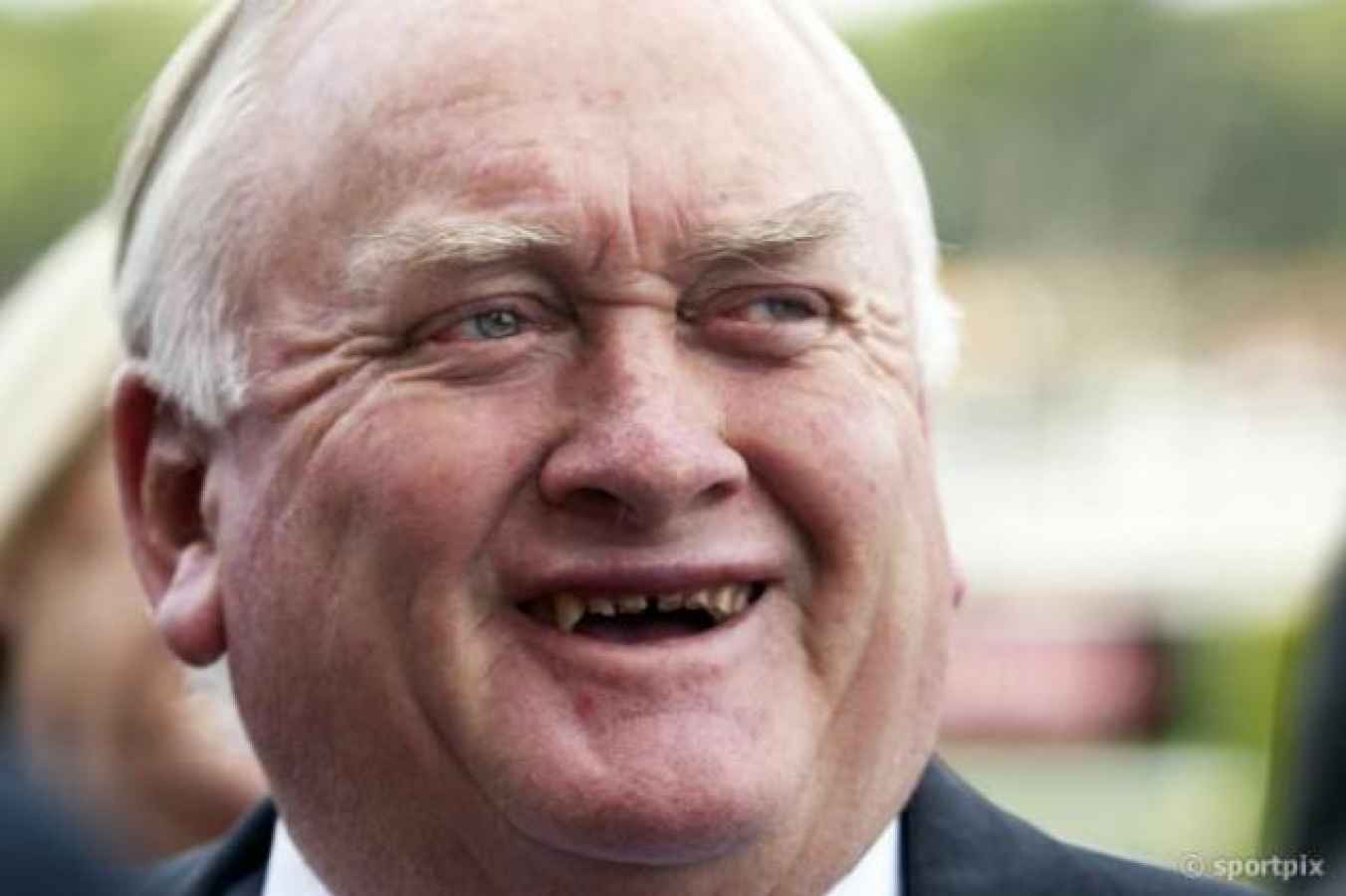 Veteran trainer Clarry Connors pulled off his second upset in as many days with Segrill’s win in the COCA-COLA CLASS 1.

The Sebring gelding greeted the judge at the juicy odds of $19, following on from Connors Warwick Farm win the previous day with Bolero King at $31.

Segrill, a three-year-old by Sebring, made it back to back wins after scoring at Kembla over the same distance on March 13.

Jockey Digger McLellan gave the filly a lovely run throughout, sitting just off the leader before hitting the front on straightening.

Segrill was full of running and drew away in the final stages to win by more than a length.

Marc Connors, representing his father, said they had gone into the race with confidence.

“She put the writing on the wall with a fantastic win last start,” he said.

“We were positive today that if he put her into the race she’d go well again, and she got the job done.

“I was surprised she was $20 but good luck to everyone who was on.

“It’s been a good couple of days.”

A super ride by apprentice Tom Sherry secured a well-deserved victory for Red Hot Chillypins ($2.05) in the RFS VOLUNTEERS THANK YOU MAIDEN over 2100m.

In a small field, Sherry settled the Joe Pride trained favourite, toward the rear switching to the inside on the turn before coming around the heels of the leaders to score a narrow win.

The Rock’N’Pop four-year-old has been runner up at her past three starts.

Hayley Blythe-Devlin, representing the Pride stable, said while the mare didn’t make it easy watching, it was good to final see her win.

“It felt like I was watching her over 2300m,” Blythe-Devlin laughed.

“She’s just so green still. She needs racing and exposure to that, and I’m really pleased for the ownership group that she won today.

“She’s a very genuine, lovely sound filly and I think she’ll give them a lot of fun.

“Joe’s been waiting to get her up in distance and it did look like a good race for her today.”

Whiskey Jack ($4.80) finished a long head behind the winner, with Scorching Zorro ($7) third.

The Greg Hickman trained Enigma ($4.40) defied a late betting drift to bring up her debut win in the 1000m SES VOLUNTEERS THANK YOU MAIDEN.

The Time For War filly had her first start at Randwick on March 18, finishing midfield.

Hickman said she had now earned another metropolitan start.

“She’s a nice filly and I’ll probably look to start her in town again now,” he said.

“She jumped well today, was travelling throughout and hit the line very strong.

“It’s good to get her confidence up with a win.”

The filly jumped well and Andrew Gibbons maintained the lead throughout, kicking away on straightening to win by more than a length.

He beat the fast finishing Shepherd Of Fire ($8.50), trained by Bruce Heys, with Schengen ($14) from the Jeff Englebrecht stable, third.

A return to the provincials proved to be the key to the Waterhouse/Bott trained Smart Success ($8), who upset some of the more fancied runners to take out the VRA VOLUNTEERS THANK YOU MAIDEN over 1350m.

The Smart Missile filly, ridden by Lee Magorrian, was expected to lead but settled midfield, before peeling wide on straightening and running down the leaders on the line to win by a neck.

Lauren De Arias Huep, representing the stable, said they were confident leading into the race.

“She was really good first up at Gosford and only narrowly beaten. Then she stepped up in class, but it wasn’t the right race for her.

“We had expected her to put in a performance today similar to when she was first up.

“She had quite a bit of work to do today coming into the straight but flew home.

“She will only improve coming off this. We will take her through her grades and hopefully see her progress.”

The three-year-old, a $350,000 Magic Millions Yearling purchase, scored his second career win from just three starts, both victories on the Wyong track.

She was able to gain a breather in the middle stages before kicking clear in the straight to win by a length and a half in the fastest 600m of the day.

Axe was resuming from a spell, having finished second in a trial at Hawkesbury on March 23.

There was plenty of drama before the start with the Brett Partelle trained Rifles ($4.60) having to be re-plated in the stalls.

The gelding finished third, despite a wide run, behind the Godolphin trained favourite Bollywood ($3.60).

A change of gear could have been a winning move for the Brad Widdup stable, with Carte Blanche ($8.50) taking out the 1300m CARLTON & UNITED BREWERIES CLASS 1 in impressive style.

The daughter of Casino Prince, ridden by Christian Reith, brought up her second win from eight starts.

Widdup removed the blinkers from the filly and she responded with a strong win.

The four-year-old is owned by Julie Ritchie, the vice-chairwoman of the ATC.

“Julia gave Carte Blanche to me to train as an unraced three-year-old, and I’ve taken my time with her,” Widdup said.

“Our apprentice Qin Yong rode her at her first start at Kembla Grange last September and she was narrowly beaten at big odds ($81).

“Carte Blanche ran fourth at her next two starts and was given a break, and I was always confident we could win at least a maiden with her.

“Now she’s brought up two wins and should keep improving.”

Reith came from last on the turn, circling the field and drawing away in the straight to win by three quarters of a length.
She beat the Peter Robl trained Power Of Attorney ($3.80), with Rocquette ($41) from the Clare Cunningham stable, third.

Bargain buy Butch’n’bugs put in an improved performance to secure victory in the WWW.TAB.COM.AU PROV & CTRY MAIDEN over 1350m.

The Sidestep filly, a $3000 yearling purchase, was coming off a fourth at Wyong last start.

Cejay Graham took advantage of an inside run in the straight, overhauling the leaders to win by more than a length.

The filly is trained at Hawkesbury by Peter Green, who races her with family members.

She was having her third race start, having finished third on debut at Tuncurry in February.

Dream Circle ($10) regained his winning form with a narrow victory in the WYONG’S NEXT RACE DAY APRIL 16 CONDITIONAL BENCHMARK 70 over 1350m.

The Dream Ahead gelding, a $130,000 yearling, was an impressive winner on the Beaumont track on February 27 before failing at Kembla over 1400m last start.

Jockey Serg Lisnyy, who has combined with the three-year-old in his past two starts, gave him the ideal ride just off the pace.

He showed a good turn of foot in the straight to run down the leader, The Cartoonist ($21), in the final stages.

Bringing up his third win at his 13th start, Payne said he had an opinion of him.