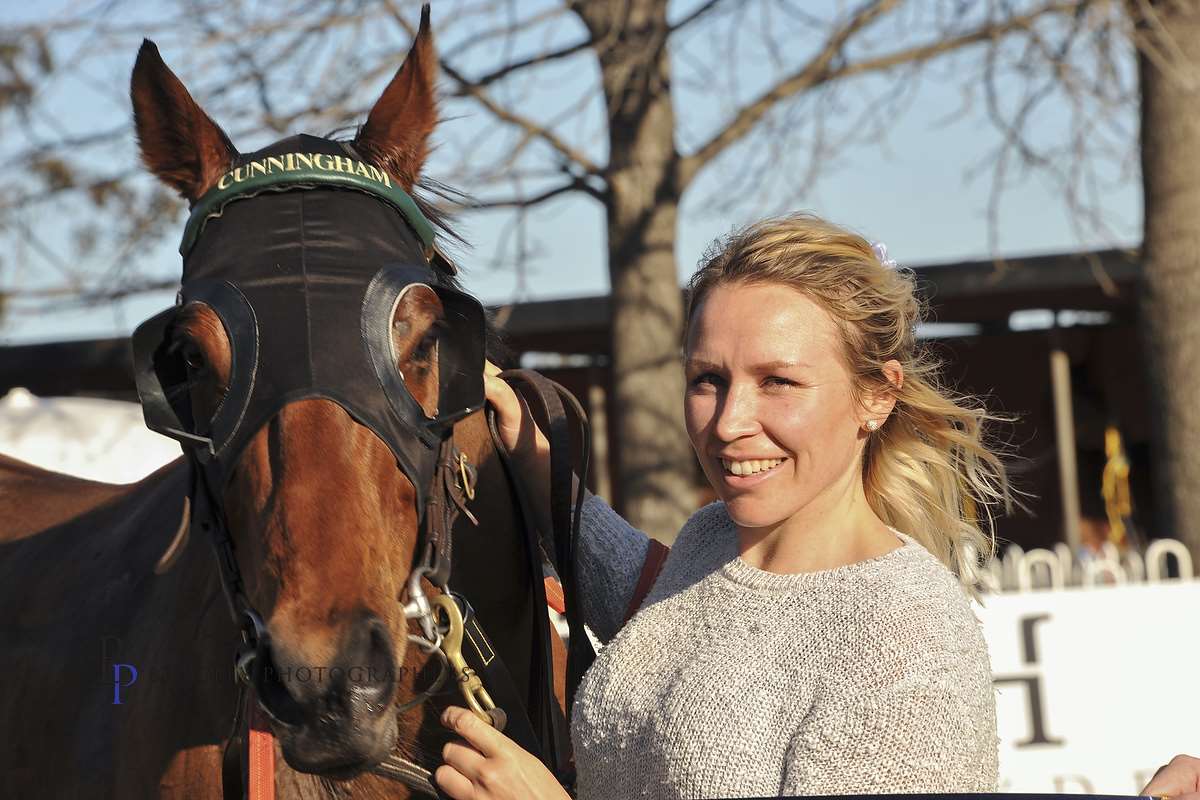 Clare Cunningham is enjoying one of the best seasons in her short training career and is hoping to further her success at Wyong on Thursday.

The Warwick Farm based trainer, who saddles up two runners at the meeting, is only a couple of wins short of her best season with six weeks to go.

She hopes she can further her success with Kimmylee at Wyong, given the right track conditions.

The Star Witness filly, coming off a fourth at Hawkesbury last start, lines up in the 1600m Benchmark 64.

“As long as the track isn’t too soft, I think she will run a good race,” Cunningham said.

“She’s been a tricky horse for us, but I think we have her worked out now.

“I was quite excited about her last preparation, but she came back a bit more dour and didn’t have the same sprint.

“We were scratching our heads but now realise she just needed more ground.

“She seems to appreciate the middle distances and this race looks ideal for her.”

Kimmylee, a $15,000 yearling, has had six starts for the stable for a win and two placings, her only victory over the 1000m.

Cunningham said she is hoping for a drying track to bring out the best in the filly.

“Hawkesbury the other day was rated a soft 5 but Jason (Collett) said it was more like a seven.

“She was letting down well but didn’t get much traction so a better track should make a big difference.”

Cunningham continues a good association with successful breeders Graham and Linda Huddy when she saddles up first starter Lethal Lucas in the 1600m Maiden.

The Huddy’s have supported her since she began training four years ago, their latest success with promising stayer Lady Highly at Canterbury last week.

“He’s a nice enough horse but pretty raw,” she said.

“He will probably have this run and then go out. He’s bred to stay, and it is always good training for the Huddy’s because they are patient.”