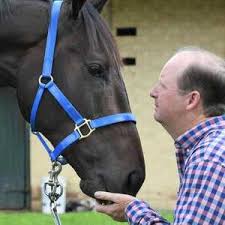 Still Reigning has a long way to go to live up to her famous sister but the Portelli stable hope she can get off on the right foot at Wyong on Tuesday.

The $800,000 filly, a half-sister to Golden Slipper winner She Will Reign (Photo – Source: The Chronicle), is sure to attract plenty of interest when she resumes in the 1000m 2YO Maiden.

Still Reigning failed at her first start over 1100m at Warwick Farm on April 29, finishing second last in a field of 10.

She was spelled and then held together in a nice trial at Randwick on July 10.

Racing Manager James Fathers said they were keen to get the filly back to the races.

“She is obviously well-bred, and we believe she has above average ability but she’s yet to show it at the track,” he said.

“She sort of lost the plot a little bit at her first start and go all hot and sweaty in the yard.

“We gave her a nice spell and have taken her to Hawkesbury and Wyong, just for a day out to get her used to the experience.

“She seems a lot better away from home.

“She has the benefit of a barrier trial at Randwick. She trialled with a brow band on and she went good really.

“It’s mainly about getting her to the racecourse and giving her a good experience.

“If the race pans out, we think she will be competitive. She’s got plenty of speed, it’s just a case of getting her to behave in the barriers and settle down and have a nice experience. That’s the most important thing for Tuesday.”

Fathers said while She Will Reign peaked pretty early, she wasn’t quite as immature as her little sister.

“I think mentally she will take a bit more time. It has taken a bit of patience to get her thinking the right way.

“We are looking forward to getting her on to the track and see what she can do,” he said.

Apprentice Tom Sherry takes a two kilo claim on Still Reigning, who will start from barrier six in what looks like a strong 2YO event.

The stable is also confident about the chances of Zounate, in the 1600m 3YO Maiden.

The Zoustar gelding has been in consistent form this preparation, placed in all but one of his five starts.

He is coming off a third at Hawkesbury last start over 1800m.

“He’s been super consistent and knocking on the door,” Fathers said.

“We gave him a go over 1800m last start, and he ended up pulling a little bit and things just didn’t really work out.

“I think back over the mile he will probably just lead. Even though he doesn’t have a great turn of foot, he’s got a good cruising speed and can keep rolling and hopefully have the rest of the field in trouble behind him.

“You want to be on your bike at Wyong and that should suit him.”

Moccasin Miss, the third of the Portelli runners, is also given a good chance in the 1100m Benchmark 64.

The Stratum mare has good form both on the Wyong track and first up.

“This will probably be her last preparation and she’ll be heading for the breeding barn,” Mathers said.

“She trialled really nicely, and we think she should run well.

“It would be great to be able to get another win for her form the owners.”