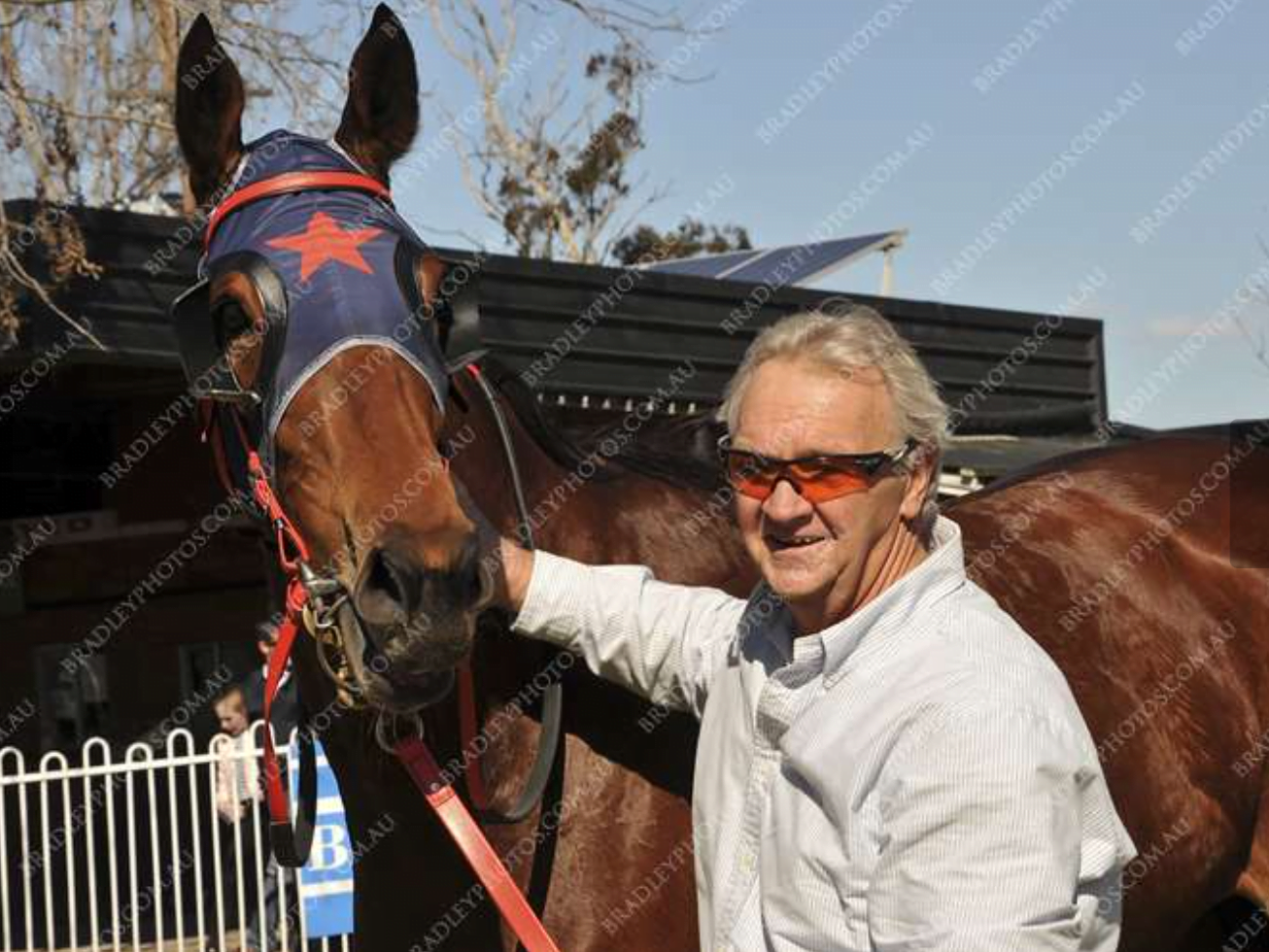 Wyong trainer Mark Cross regrets he took blinkers off Victorian purchase River Tycoon at his last start when he failed on his home track on June 17 after an encouraging second there a fortnight earlier.

But he won’t make the same mistake on Thursday when the lightly-raced four-year-old lines up in the Sky Racing 4YO & Up Maiden Handicap (1350m) – and with a new rider.

Cross has booked Rachel King to partner the Written Tycoon gelding, and is confident he can break through at his eighth start, and fourth for him.

“We bought him earlier in the year (he had been placed over 1400m at Bendigo in February), and I took a fair bit of gear off him but put blinkers on when he led and ran fourth at Newcastle in May at his first start for us,” Cross said today.

“I made an error and took the blinkers off him after he ran second over 1350m at Wyong on June 3, and it backfired when he ran last of seven over 1600m there a fortnight later.

“The blinkers go back on this time, and his recent work in them has been better than ever.

Previously prepared by Kris Lees at Newcastle, Cross secured the Pride Of Dubai three-year-old online after he had won over 1600m on his former home track on May 18.

At his first start for his new trainer, he finished seventh to dead-heaters Budhwar and General Dubai in a Benchmark 64 Handicap (1350m) at Wyong on June 17.

“I have put blinkers back on him and also ear muffs,” Cross said.

“The ear muffs help keep him calm, and I have been happy with his work since he has been galloping in them.

“I feel he can run a nice race, but it won’t be easy to win with 60kg topweight.

“River Tycoon is definitely the pick of our pair.”

He has been involved in security for more than four decades, and his reputation saw him called on by the USA not long after the infamous 9/11 terrorist attacks which killed nearly 3000 people and injured more than 6000 others.

Cross took a number of detector dogs to New York, and stayed there for a couple of months, helping them settle in to the work required.

Understandably, the trip left a lasting impression. “It was just horrific,” he said. “Words can’t describe the scene and how I felt.”

Thursday’s meeting winds up the season at Wyong, but Jockeys’ Premiership pacesetters Jason Collett (13 wins) and Brenton Avdulla (12 wins) are absentees from the eight-race card.

Nonetheless, Rachel King, Tommy Berry and Tim Clark – each currently on 10 wins – will be hard pressed to tie with Collett, let alone overhaul him.

King and Clark have six rides apiece, and Berry has five mounts.

Godolphin’s James Cummings enters the season closer on 10 wins, and with a two-win lead over Chris Waller and Bjorn Baker.

Cummings has only one runner, Contamination, which King rides in the Ryan’s Metal Roofing Maiden Handicap (1600m).