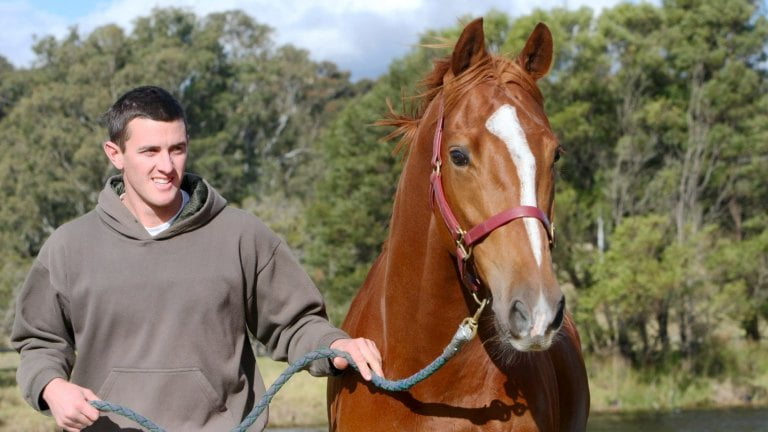 Robert and Luke Price have a three-pronged attack in Thursday’s second heat of the Sky Racing Summer Provincial Series.

The father and son duo already have Accoy headed to the January 2 final at Wyong following her narrow defeat in the series opener at Hawkesbury on November 19.

“We usually have a little bit of luck when we come to Wyong, so let’s hope it’s our day on Thursday,” Luke Price said.

“We are really happy with Against The Tide. He’s the best chance of our three.

“He won here (Nowra) the other day and Keagan Latham is sticking with him, plus he has good form around that distance.”

“He’s always shown us that he has ability, but he can just do things wrong.

“He comes into this in good form, looks sensational and it’s a nice race for him.”

Price said it was ideal with the final being run at Wyong, the horses will have had a hit out on the track.

“It’s good to know the final is there and he will have had a go around the tighter track.

Price expects seven-year-old Mohican could put in a good performance first up.

“He got beat in a photo finish first up last preparation over the 1350m at Wyong.

“He went to the paddock in really good form and even though he’s first up he’ll run a cheeky race.”

The Authorized gelding will be ridden by Brock Ryan.

Magnus six-year-old El Magnificence has drawn wide in 12 and Price is uncertain if he will start.

“I might have to save him for another day but I’m undecided at this stage.

“It’s his first time out over this trip in a while, he’s only ever had one start at it.

“He’s had a bit of a gear change and is pretty speedy so could easily lead them.”

The Price’s also saddle up Stays On Tour in the 1100m 4YO and Up Maiden.

The four-year-old is having only his second race start and Price is hoping for an improved showing.

“His trials were super going into his first up run, but he just raced terrible.

“Brock rides him and he knows him really well. We’ll be more positive with him out the gates.

“He’s a horse who’s taken his time. He’s shown us enough at home but needs to take it to the track.”

The first of seven races gets underway at 1.25pm.