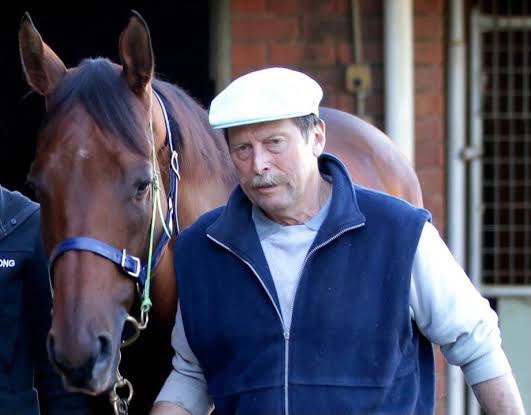 EXPERIENCED Sydney trainer Ron Leemon is banking on a recent gear change bringing him a change of luck at Wyong tomorrow.

A Group 1 winner with Manawanui in the $1m Golden Rose at Rosehill Gardens in 2011, Leemon has dominant favoriteLoniesha lining up in the We Care Connect & Central Coast Kids In Need 4YO&Up Maiden Handicap (1350m) as he bids to end the season on a winning note.

“I’ve only ever had a small team, but nothing has gone right of late,” Leemon said this morning.

“I have been dogged with injuries such as sesamoid and tendon problems to a number of horses who had ability.

“It’s been very frustrating and even with this mare Loniesha, it’s been difficult to find the right race for her.

“She resented a tongue tie and I found an old tongue control bit in my gear which is very fine, and it seems to suit her.

“Loniesha ran a nice race (third at Hawkesbury in a 1300m Maiden against her own sex on July 17 at $51) when she raced in it for the first time, and hopefully it will work well again tomorrow.”

Apprentice Zac Lloyd partnered Loniesha at Hawkesbury and his 1.5kg claim brings the mare in with 57.5kg – 1kg below the limit.

A rising five-year-old daughter of former champion Lonhro, Loniesha fetched $150,000 when offered at the 2019 Inglis Premier yearling sale in Melbourne.

But after three country placings without a win from nine starts, she was put on the market and Leemon and long-standing client Phil Gibb purchased her for $9500 online last December.

“Phil wanted to buy a Lonhro mare, and we were able to buy Loniesha through the Inglis digital sale,” Leemon explained.

“I was thinking about taking her to the Forbes Cup Showcase meeting on Sunday until I noticed this 1350m Maiden at Wyong.

“It would be nice to get a win with her, and sell her on in the near future as she will make a lovely broodmare. Loniesha is well bred and has a magnificent nature.”

Leemon also starts first emergency, $26 chance Miss Anticipation (Lloyd), if she secures a run in the Daily Press & Carlton & United Breweries Class 1 Handicap (1200m), and has opted to put blinkers on her.

The Dream Ahead mare was his last winner, at Nowra on January 10 last year, when she bolted in with an 1100m Maiden Plate against her own sex.

Collett’s victory on Prefect Match at the last Wyong meeting on July 19 lifted him to 11 wins for the season; one ahead of Berry and Tim Clark.

Adorable Miss (a firming $2.20 favorite with TAB.com.au for the Accolade Wines & Nestle Professional Maiden Handicap, 1600m) is the best fancied.

The Pierro mare has been placed at two (both at Newcastle) of her last four starts.

Sightseer ($3.70) is the most favoured of the foursome.

Newcastle’s talented apprentice Dylan Gibbons is on verge of completing an outstanding achievement by winning the provincial jockeys’ title.

He has ridden 47 winners on provincial tracks in 2021-22, six more than Collett.