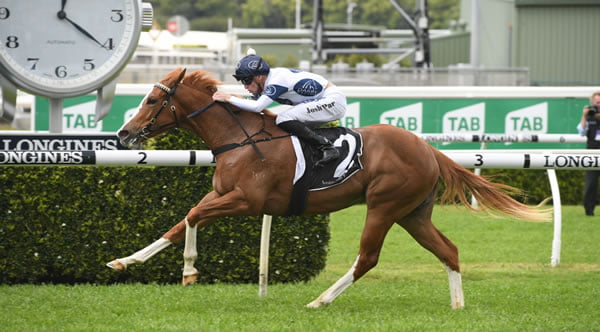 Mark Newnham’s impressive filly Every Rose will be a definite starter at Wyong’s upcoming $200,000 Magic Millions 2YO Classic on December 12.

The Choisir filly caught the eye on debut with an impressive win in the Group 3 Gimcrack Stakes at Randwick on October 5 over 1000m and has been installed as the early favourite for the $2m Gold Coast Magic Millions 2YO Classic.

Newnham sent the $160,000 yearling purchase straight out for a break after her debut win and she will trial at Randwick next week in preparation for her Magic Millions campaign.

“She’ll trial and then go to Wyong,” Newnham said. “I’ll also have Diamond Thunder in the 3YO and 4YO Wyong race after he trials at Randwick on the same day.”

Newnham was impressed with Every Rose following the Gimcrack win, describing her as having a disposition like a “kid’s pony.”

The filly is sure to draw a crowd to Wyong, with 18 female owners keen to cheer her home.

Raced by Darby Syndications, the filly is vying for half a million dollars in prizemoney if she can be one of the first four horses over the line owned by female syndicates.

Stablemate Diamond Thunder has had four wins from his six starts, his latest being the Brian Crowley Listed on October 26 over 1200m.