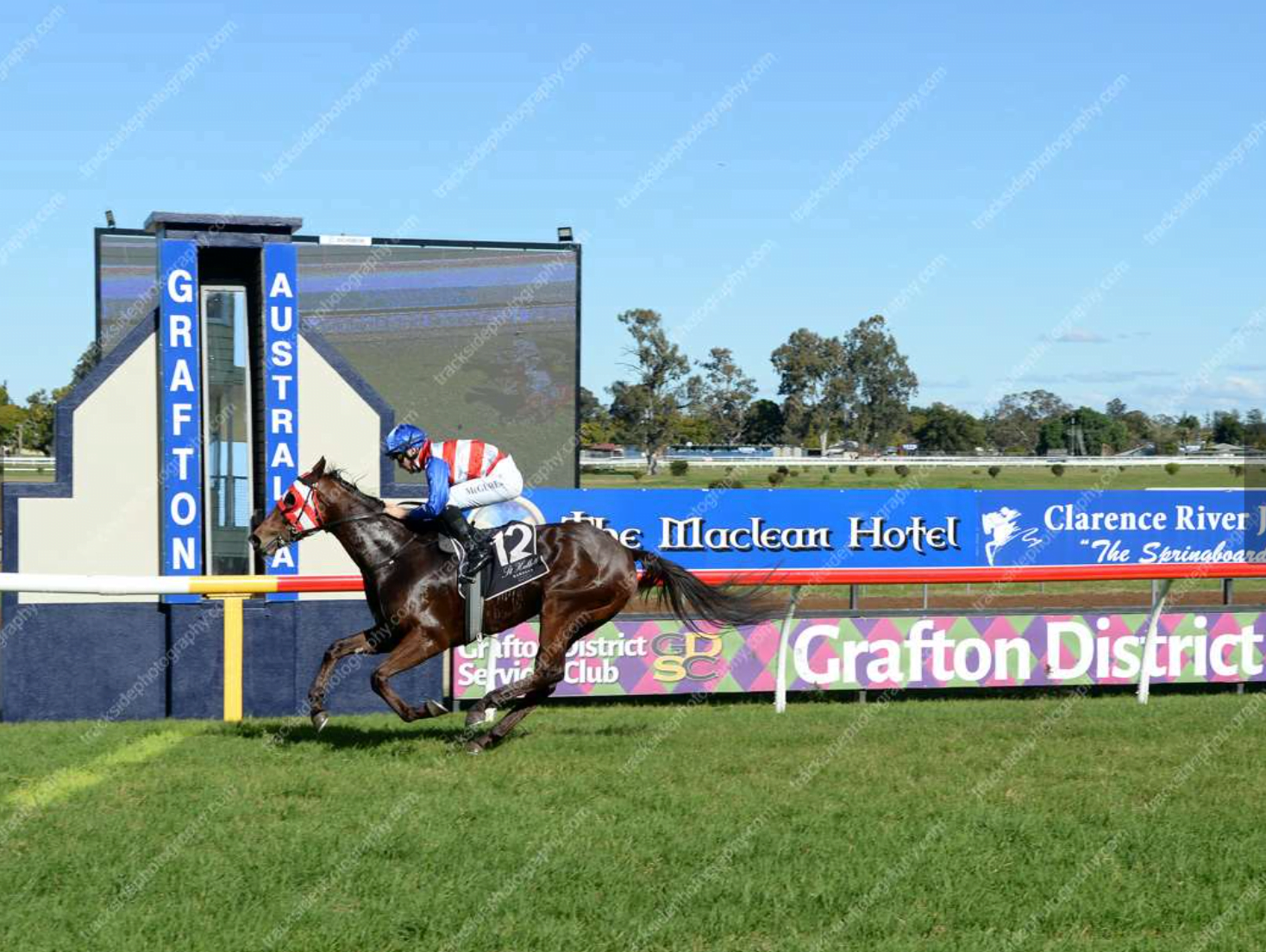 Northern Rivers trained Flora is shooting for her fourth successive win when she lines up in the 1000m BM68 at Wyong on Tuesday.

The Delago Deluxe mare has been in sizzling form this preparation putting together four wins and a placing from five starts.

Her trainer Norm Rogers is hoping a return to his former training base at Wyong, could see the four-year-old breakthrough for her first Provincial win.

“She’s been in great form but because of that has been weighted out of races up here,” Rogers said.

“It was either take her back to the Gold Coast or bring her down to the Provincials, so we decided to go that way.”

Rogers, a licenced real estate agent and hobby trainer, was based out of Wyong for many years before heading north to the Gold Coast.

He spent a couple of years training there before relocating to the small town of Tabulam, where he prepares the only two horses trained on the track.

“It’s a good set up and we get to work them on the grass every day,” Rogers said.

“Flora has been thriving there and the only thing I’m worried about on Tuesday is how she will handle the long trip.”

Rogers will make the seven-hour drive on Sunday and has enlisted the help of old friend Stephen “Beaver” Schofield to house Flora.

“Beaver has a box for her, and he’ll trot her up on Monday morning for me.

“Provided she handles the trip I expect her to race really well.

“She likes to be up on the speed and the Wyong track should really suit her.

“She has done well since her last win at Grafton on October 26, and we’ve got a great jockey in Josh (Parr).”

Rogers has known Parr from more than 30 years and believes he is the perfect rider for Flora.

“He’s a great jockey and rides Wyong as good as anyone, so there will be no issue there.

“His uncle Mark Webb rides him all his work up here.”

Flora has had four wins and a placing from her eight career starts but Rogers believes that record would have been even better if it weren’t for some early setbacks.

“She got a virus on the Gold Coast and after getting over that she got another one. She lost around 40kg, and it really set her back.

“Once she got over that and we moved to Tabulam she started racing really well and has continued to do so.

“She’s no world beater but is very consistent, so we will see how she handles the step up in grade.”

The first of eight races at the clubs De Bortoli Wines Race Day gets underway at 1.15pm.