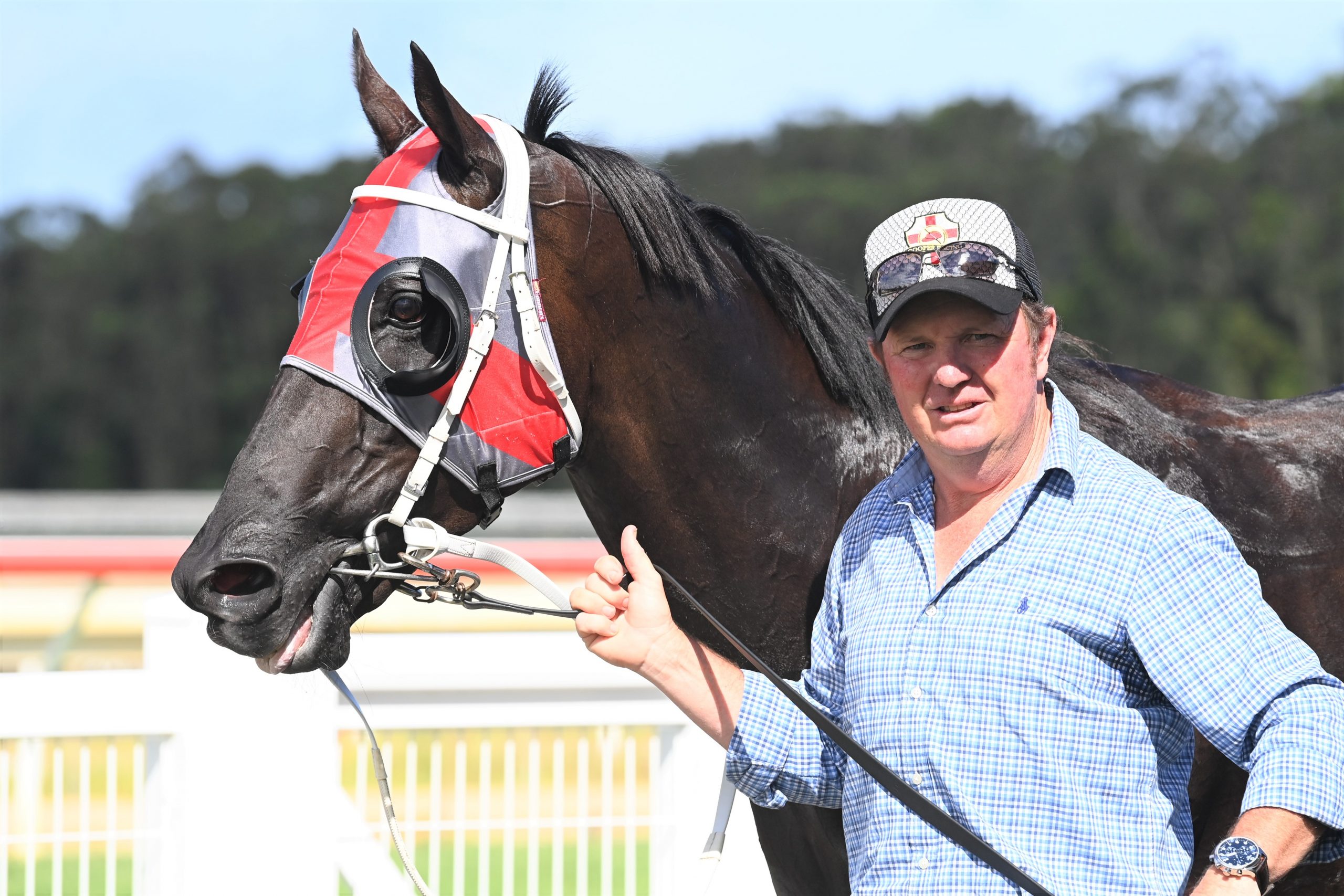 John Cooper saddles up half of his small team at Thursday’s Wyong meeting, the owner/trainer confident at least one of the three is a winning chance.

Cooper believes last start winner Arabolini can make it back-to-back victories when he starts up in the 2100m BM64.

The six-year-old German import has been a great money spinner for Cooper, with almost $175,000 in prizemoney from his six wins and 10 placings.

He brought up win number six at Scone on March 22 over the 2200m, at a Provincial meeting transferred from Gosford.

He lines up in the same class over a similar distance on Thursday and Cooper is quietly confident.

“He’s won at Wyong before and he’s in good form,” he said. “He pulled up well from the Scone and has had a two-week break leading into this.

“I’m quietly confident about his chances. There is no reason why he can’t win again. He seems to like the tighter tracks and it won’t worry him if it is rain affected.”

Cooper said apprentice Ellen Hennessy will continue her association with Arabolini, having previously partnered him in two of his wins.

“She’s got a good relationship with him and will claim two kilos and that all helps.”

Spill The Beans four-year-old Alastor resumes in the 1300m BM64 after a successful first preparation with the stable.

The gelding has had four wins and six placings from 18 starts, his latest victory over 2100m at Wyong in January this year.

Jess Taylor, who partnered him in the win, rides him again on Thursday.

While Cooper does consider the 1300m a bit short, he wouldn’t be surprised to see the gelding race well first up.

“I didn’t trial him, but he’s been going well and is hopefully in for a good preparation. He has filled out more and grown up in the head.

“Now he just has to put it all together on the track.”

Cooper is hoping for an improved performance by his third runner, recent stable addition Bergkamp in the 1200m 3YO Maiden.

The Written Tycoon three-year-old was disappointing on debut at Newcastle over 900m on March 22.

“I hope to see an improvement on that performance and a bit more ground should help,” he said. “There were no excuses for his run, but I think the penny hasn’t dropped for him yet.

“He will take a lot education wise out of his first start and I’ve got a good strong jockey in Grant Buckley, which will also help.

“He’s a nice big striding horse but he’s a work in progress and I expect he may get over more ground later on.”

The first of eight races gets underway at 1pm.