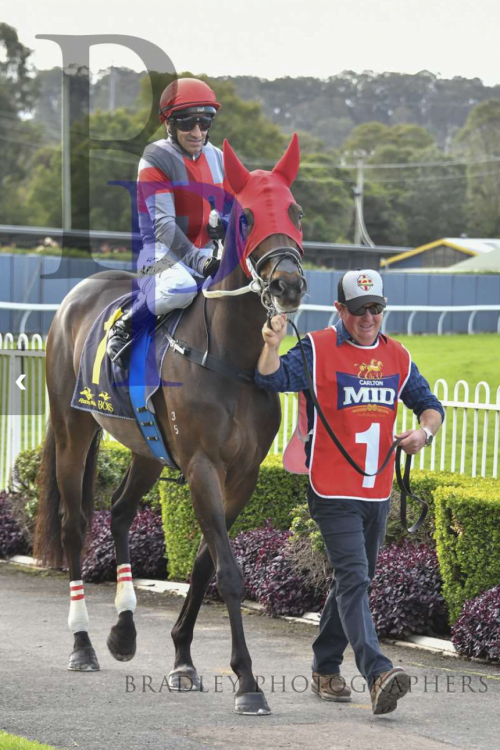 German import Arabolini could provide John Cooper with the biggest thrill of his brief training career if he is successful in Sunday’s Carlton Draught Wyong Cup Prelude.

The six-year-old has been racing in career best form with back-to-back Gosford wins over the 2100m this preparation and has previously tasted success over the same distance on his home track.

The Prelude winner gains automatic entry to Friday’s $200,000 Carlton Draught Wyong Gold Cup and Cooper would have no hesitation pushing on to the Listed race.

“He’s having his best preparation to date, and I really expect a strong performance on Sunday, “he said.

“He’s had a couple of Provincial wins this time in and was placed at Rosehill two starts back. He’s going really well.

“He’s a German horse and was born in the May, so it has taken him longer to mature.

“He didn’t show much early but has continued to improve. think he will be an even better horse next year.”

Cooper, who comes from a strong equestrian background, has been training for three years and owns the half dozen horses he has in work.

He rides all his horses, floating them the 25 minutes to Wyong from his property at Central Mangrove.

He considers Arabolini, who has had 29 starts for five wins and seven placings, the best horse he has trained to date.

“Coolaminyah Kid has won more races but not of the same quality. Arabolini is the best horse we’ve had,” he said.

“I’m looking forward to seeing how he will go in the Prelude and all being well we will try him in the Wyong Cup.

“It would be very exciting to have a runner in the Cup, our biggest race to date, especially being on our home track.”

“She has ridden him in his last three starts and he seems to go well for her. He enjoys her 3kg claims as well, which is helpful.”

Cooper is also confident of the chances of Hay John in the 1000m BM64.

The Magic Albert four-year-old has had two wins and a placing from nine starts.

“He’s had a bit of bad luck in his last couple of races. In his last start he got bumped at the barriers and then ran on well but ran up the back of a couple of other horses.

“He finished strongly, so I was pretty happy with him.

“Ellen will ride him for the first time, and I expect him to go well.”

The Cup Prelude has attracted a field of 11, with last start winners Deadly Impact trained by Matthew Dunn and Perfect Radiance from the Waterhouse/Bott stable among the runners.