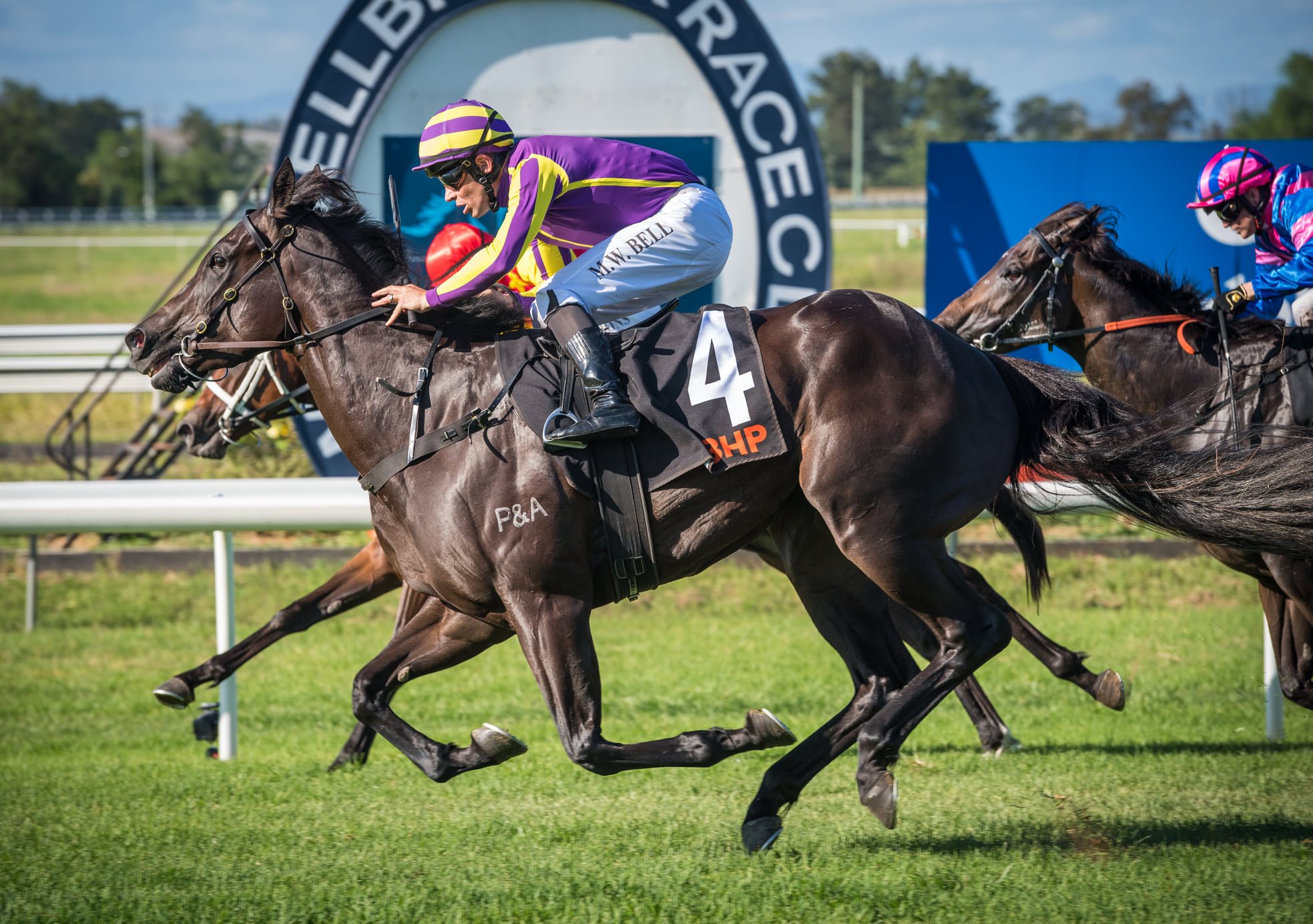 Click here for today’s race book. Tracey Bartley’s two runners at Tuesday’s Wyong meeting are certainly the cause of frustration for the trainer.

Bartley saddles up progressive filly Mabel and four-year-old Higgins at his home track meeting, a day recognising the club’s owners and trainers.

He expects a good performance from last start winner Mabel (pictured) in the 1100m F&M BM64 but is frustrated by the impost given to her by handicappers.

“She’s gone to a BM64 after just two country wins,” Bartley said. “I’ve questioned the big rise because it just seems unfair. She will have to lug a fair bit of weight, but I’ve engaged apprentice Jackson Searle to take a bit off her.”

Mabel, a three-year-old Dream Ahead filly, has had two wins and four placings from her seven starts. The only time she was unplaced was at the end of her last preparation when she finished fourth on the Kensington track.

She resumed with a strong win over 1000m Muswellbrook on January 4, coming from behind with a sustained win to overhaul the leader on the line.

Bartley believes she’s ready for Provincial grade with the 1100m an ideal distance.

“She’s a nice filly and I’ve always had an opinion of her. We brought her online and were impressed from the day she showed up. The form around her is good. The horse that beat her in her first start was runner-up in a Listed race.

“We’ll ride her quite on Tuesday and I think the track and distance will suit her. She’s got a bit of wind problem and might need an operation at some stage but she’s holding it together at the moment and will race well.”

Bartley’s frustration with Written Tycoon gelding Higgins, stems from his poor performance first up at Newcastle over 1250m on December 18.

The four-year-old had a Provincial win and three placings in his first preparation and Bartley had been expecting him to return in good form.

After his mediocre Newcastle run, the four-year-old was ordered to trial by stewards, finishing third in a Warwick Farm trial on December

“I was disappointed in the trial to be honest,” Bartley said. “I just don’t know whether he’s come back. I’ve run bloods, I’ve given him ulcer shield, backed him off for a month but I just don’t know.

“His first preparation was enormous, but he didn’t spell well. He does look a bit better now and I’ve whacked the blinkers on him so and am hoping for a sharp improvement.

“We are just going to run him and hope with the blinkers on and if he does nothing he’ll be straight out.”

The first of seven races at the club’s Owners and Trainers Race Day, gets underway at 1.50pm.