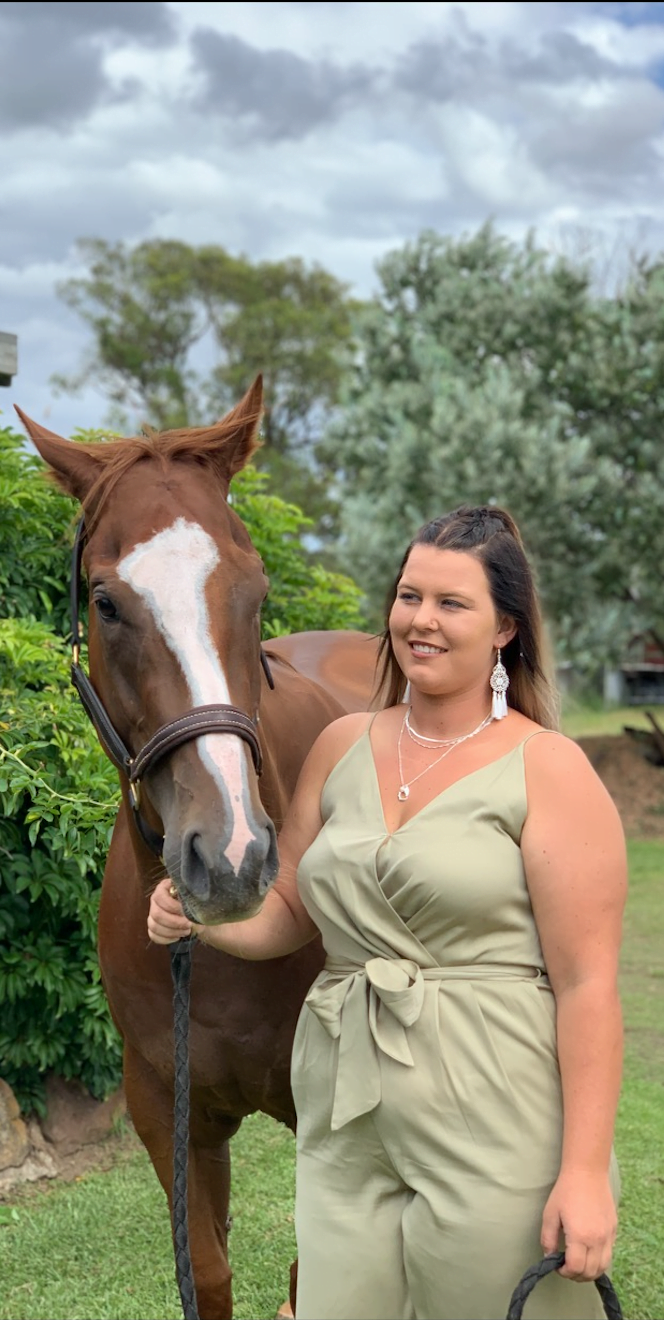 Racing has been a huge part of Amanda Davis-William’s life and on Tuesday things step up a notch when she saddles up her first runner.

The 23-year-old has long dreamed of becoming a trainer and three-year-old G’Day Poopsie will see that dream realised when he lines up in the 1000m Maiden at Wyong.

The gelding impressed at Scone finishing fourth in his first start over 1000m on February 16 while under the care of Amanda’s mother Tina.

“It’s pretty nerve-wracking to tell you the truth,” Amanda said.

“I’m extremely excited, especially to have him racing at his home track.

“I’ve been to so many race meetings strapping horses over the years but to have one running in your own name is totally different.”

Wyong racecourse is like a second home to Amanda, who started riding work at the track when she was 14.

She always wanted a career in racing and after a short stint working for Bob and Wendy Lapointe at Muskoka Farm, she returned to Wyong and became part of Kim Waugh’s team.

“I rode work for Kim for five and a half years and got so much experience there,” she said.

“I had a nasty accident about two years ago and while I was sidelined, I started thinking about taking out a trainer’s licence.

“It had always been in the back of my mind but being injured with plenty of time on my hands, gave me the push I needed.”

When she returned to work, she joined the Damien Lane stable and is now being mentored by the trainer.
“Damien has been a massive supporter and I really appreciate everything he’s done.

“I still ride work for him early and then I go home and get my two and bring them into the track.”

Amanda believes G’Day Poopsie can improve on his Scone run but he will have to overcome a wide barrier.

“He ran a good race that day and I’m quietly confident heading into Tuesday that he can finish top four.

“We didn’t think he’d lead at Scone, but he showed a lot of early speed and will hopefully do that again at Wyong.

“He’s been a different horse since his first run and there’s been plenty of form come out of that race. I really expect him to improve.”

“I wanted to know where the name came from because it’s unusual and apparently Poopsie is Mick’s nickname in the family.”

Amanda, who has also tasted plenty of success in the show arena, has one other horse in work Master Drummer but is keen to build her stable.

“I know it’s going to take time but eventually I’d love to have around 20 in work.

“I’ve had some great female role models in my Mum and Kim Waugh so I know I can do it.”

The first of eight races gets underway at 1.15pm.