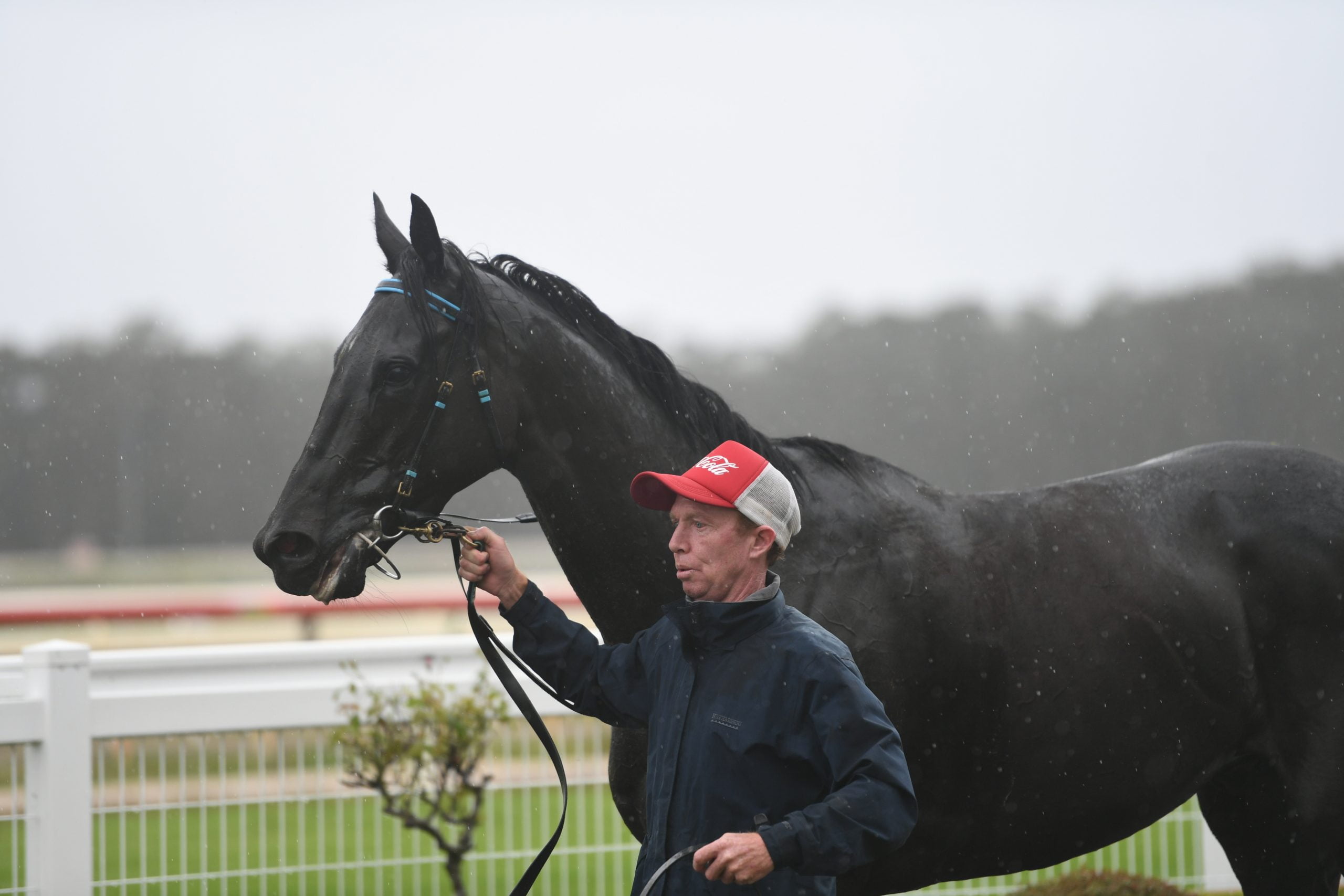 Allthehills is aiming for back-to-back victories after giving Ben Hill his first win in almost two years when he broke through at Wyong last start.

The Love Conquers All gelding didn’t have the best record heading into the April 7 race over 1350m on his home track and surprised many with the win.

He had been unplaced in all of his nine previous starts, but Hill kept the faith.

He had seen continued improvement in the four-year-old and was confident he could bring out the best in him.

‘I’d been expecting a nice run but not expecting him to run out of the ground the way he did,” Hill said.

“Hopefully the penny might have started to drop, and he will keep improving.

“He has been a bit coltish, so we have taken our time and not rushed him.

“I think if we’d have pushed him, he could have turned into a lunatic, so we’ve done things slowly and hopefully he can reward us with a few wins.”

Allthehills steps up to the 1600m in the Class 1on Thursday and Hill believes he will appreciate the extra ground.

“Grant Buckley rode him at the end of his last preparation and said he thought he’d get up to 1800m.

“This will be a test on Thursday over the mile but if he can handle that and further, we could have some good options with him going forward.

“We know he can handle a heavy track and he races well at Wyong, so there are a few things going for him.

“Pat Scorse will ride him again and with his claim we will only carry 54kg.”

There is added pressure for Hill with his mother Deidre a 40% shareholder in Allthehills.

“We brought him for $40,000 as a two-year-old at the ready to run sales with Mum happy to buy in along with Gavin Potter, who’s been a long-time client and a couple of mates.

“It was Mum’s first winner on the home track the other day and she was very excited.”

Hill, a former jockey who trainers three horses from his Wyong base, also saddles up Nomorebourbons in the 1350m Maiden.

He is hoping to see some improvement by the filly before she is spelled.

“She has been showing us more at home but needs to take it to the races. “Hopefully I’ll see a better run on Thursday to give us some confidence for the future.

“She’s got plenty of maturing to do so will most likely go out after this run.”