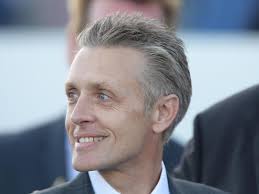 Mark Newnham saddles up the favourites in the two feature races at Wyong’s Magic Millions raceday on Thursday and is confident both will be hard to beat.

Every Rose has been favourite for the $2m Gold Coast Classic since her impressive debut win in the Gimcrack Stakes in October and continued to please her trainer with an eye-catching trial win at Randwick on November 26.

Not surprisingly she is expected to take out the $200,000 Wyong 2YO Classic with the in-form Rachel King in the saddle, having drawn nicely in barrier three.

Stablemate Diamond Thunder will contest the $100,000 MM 3YO and 4YO Stakes and be ridden by Josh Parr.

“The Magic Millions has been their specific targets with Wyong part of the journey,” Newnham said.

“Josh rode them both work on Saturday. They had a good blow out and I was very happy with them.”

He said Every Rose, a $240,000 yearling, had shown good versatility in her race and trials.

“It is good to have drawn a nice barrier with her but she’s shown even in her first trial before she raced that she can take a sit and finish off if need be,” he said.

“When she needed to in the Gimcrack, she led them up. She’s versatile enough to make do with whatever the conditions are.”

Newnham said Every Rose, is raced by an all-female Darby Racing syndicate.

They will be eligible for the $250,000 Women’s Bonus if the filly is one of the first four raced by a female syndicate, to cross the line.

“It is exciting for them being a ladies syndicate with the Gold Coast becoming a race within a race. It will be good if it comes off.

“She looks an ideal Magic Millions type and being a ladies syndicate horse there is some incentive there as well.

“There will be a fair few of them coming to Wyong so you might need to top up the champagne.”

Newnham said while Rachel King will ride the filly at Wyong, Josh Parr has been booked for the Gold Coast.

“She doesn’t have enough weight for Josh in this race, but he will take over on the Gold Coast.”

Craig Williams returns to Wyong to partner the Maher/Eustace trained Rathlin in the race, the Fastnet Rock colt was narrowly beaten in the MM Classic at Ballarat on November 23.

“I just needed to give him that one run in the spring to keep him ticking over for this otherwise he would have been out too long. He was able to win that race and this summer was really his target with Thursday, then up to Queensland in a couple of weeks’ time where he will start on the 28th and then the Magic Millions 3YO.”

The first of seven races gets underway at 1.50pm.