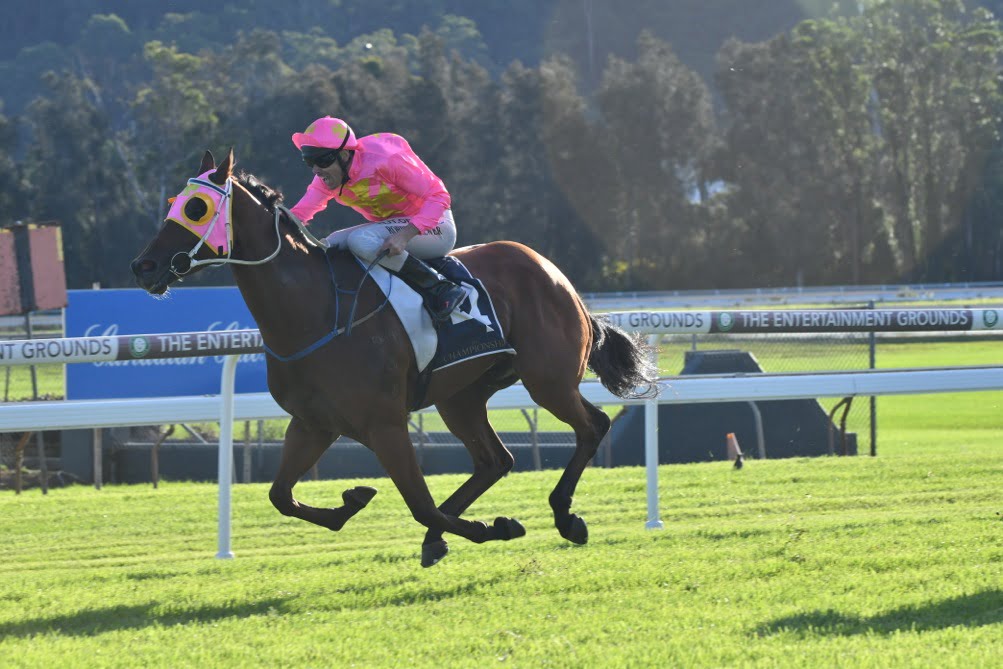 Tyrone Coyle took on some racing heavy weights and came out on top when Prince Aurelius proved too strong in the Polytrack Provincial Championships Wyong Qualifier.

The Kembla based trainer has only one horse in work and will now head to Randwick with the lightly raced four-year-old for the $500,000 Provincial Final on April 17.

The son of Love Conquers All brought up his fourth consecutive win in the $150,000 Qualifier, which was transferred to Gosford.

Prince Aurelius began well for jockey Robbie Brewer, who took him to the front, maintaining the lead throughout to score a convincing length and a half win.

“We were watching the market before the race and he was blowing out and out. I think it’s because he’s only just becoming the horse, we want him to be. He’s been a really nervous, sort of sweating up horse.

“That’s what he did in his first and second up starts but today he travelled up here really well. He wouldn’t have blown a candle out and there wasn’t an ounce of sweat on him and that’s the result we get.”

Coyle bred Prince Aurelius with a friend Steve Ennis, and the gelding has now won five of his 10 starts.

He was given a two-month freshen up in preparation for The Championships after clocking up three successive wins at Moruya, Wagga and Kembla.

Hoping to overcome the horse’s anxious travelling habits, Coyle trialled him at Randwick on March 11 and had planned to start at the now rescheduled Kembla Qualifier, which was due to run on March 20.

He made the decision to run at Gosford, which proved to be a winning move.

“His regular track work rider Nick Hyde, who does all the work on him, got off him on Thursday morning and said, ‘they won’t know which way this bloke is going, he’s going that well.’

Kris Lees duo Zeftabrook and Loch Lomond will also head to the Final after filling the minor placings.

The final Provincial Qualifier will be run at Kembla on April 3.

Another small-time trainer tasted success at the meeting, with Wyong based John Cooper taking out the 1000m HALEKULANI BOWLING CLUB Maiden with Hay John.

The three-year-old Magic Albert gelding brought up his first win at start four, resuming from a spell and ridden by apprentice Reece Jones.

Cooper had decided to run Hay John in the race after three other meetings he was nominated for were washed out.

“I didn’t know whether to trial him or not, but he worked so well that I decided not to, and he went great today.”

Cooper, who has five horses in work at Wyong, bred and races Hay John.

Apprentice Brandon Griffiths took out the riding honours with a double, tasting success for the Snowden’s on California Cible in the 1200m LAKE MACQUARIE SHEET METAL Class 1 and Taumalolo in the 1200m MITSUBISHI HEAVY INDUSTRIES AIR CONDITIONING AUSTRALIA Maiden for Anthony Mountney.