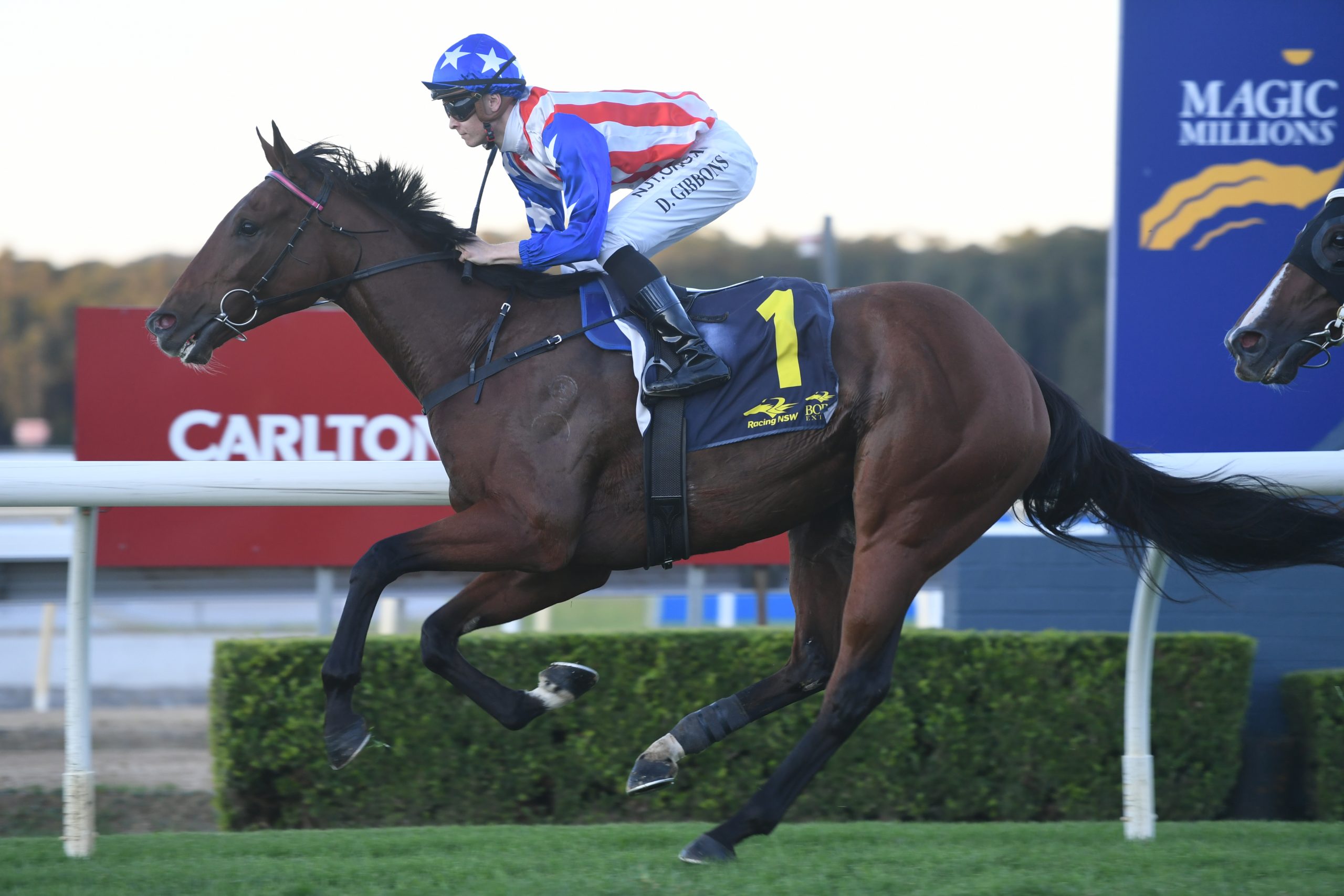 Angela Davies is hopeful Momack can return a winner when he resumes in Saturday’s Sky Racing Summer Provincial Series Heat at Wyong.

The gelding is one of 11 acceptors for the $40,000 race, the first in a five-heat series for Provincial trainers offering a total of $350,000 in prizemoney.

Davies said the heat is an ideal starting point for her five-year-old Uncle Mo gelding Momack.

“He looks super, and his coat is really sparkling,” Davies said. “It has taken quite a while to bring him to hand, but he seems right to go now.

“The 1350m should really suit him first up. He was a Wyong winner over the 1600m before we spelled him, so the track won’t present any problems.”

In only his first preparation with Davies, Momack put together two wins and a second from just four runs.

He was strong to the line in his last start win at Wyong on May 13, the victory adding to his overall record of four wins and three placings from just 11 starts.

“It was a really good preparation, but he needed a break. It has taken a bit longer than we hoped to get him back,” she said.

“He’s had two trials and I think he’s finally right to go. His best form is over more ground, so if he can get through to the final it would really suit him.”

Davies was approached by well-known owner Phillip Pollicina to take over the training of Momack.

“It’s the first horse I’ve had for him and good to get results in his first preparation with us.

“Phillip was looking to place the horse with a Provincial trainer and said he had been watching me and liked what he saw.

“It will be great if we can keep rewarding him with more wins, particularly this series with some good prizemoney on offer.”

The seven-year-old, by High Chaparral, is a first up winner and Gavenlock hopes he can repeat that performance.

“He’s won when resuming over 1300m and pulled up really well after his 1200m trial at Newcastle last week,” Gavenlock said.

“This looks like a nice race for him and fits in really well with his preparation. He’s got good form over the 1600m, so if he qualifies for the final it will work out well.”

Kris Lees, who took out both the 2019 and 2020 series finals, with Occupy and Itz Lily respectively, saddles up Darleb and Azarmin.

The first of eight races gets underway at 1.20pm.