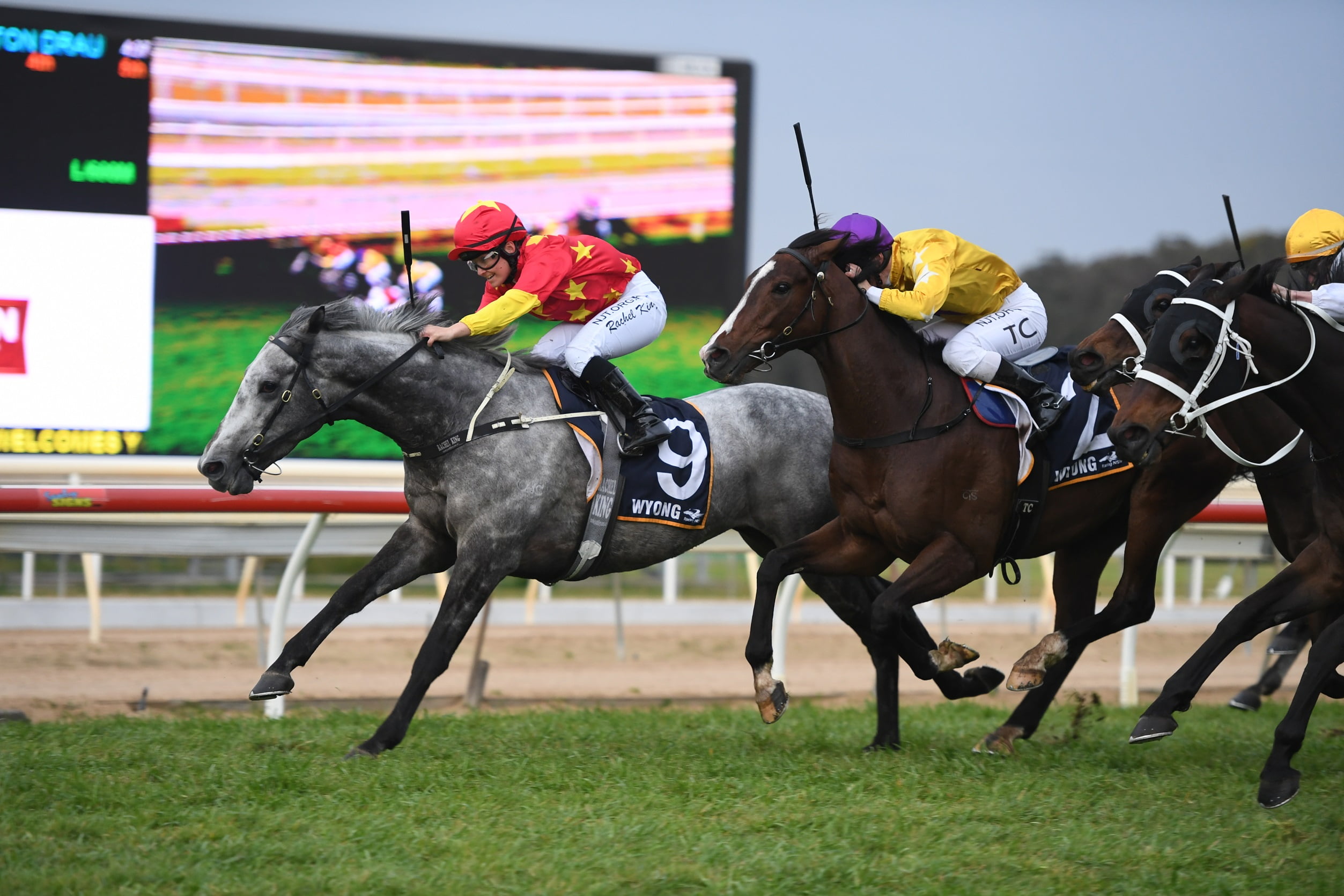 Rachel King is enjoying one of her best starts to a season and is hopeful of continuing a winning run at Wyong’s Go Electrical Race Day on Thursday.

King currently ranks fourth in the State Jockey’s Premiership with 21 winners, 11 of those on Provincial tracks.

She took out the feature double on Wyong Gold Cup day and was a winner again at the club’s latest meeting on September 22.

“I better say it’s my favourite track,” King joked. “I have had some success there of late and it would be nice for that to continue.

“Things have been going well for me and it helps riding nice horses and getting good support from the trainers.”

She partners two runners for the John O’Shea stable on Thursday, Class Act and Prince Invincible.

Not A Single Doubt mare, Class Act, was fourth when resuming at Hawkesbury over 1100m on September 10 with King in the saddle.

The four-year-old starts in the Fillies and Mares Maiden over 1200m and King expects improvement.

“She’s a filly that’s taken a little bit of time to get her right mentally. She had a couple of barrier issues earlier in her career,” King said.

“Everything went well for her at Hawkesbury and that was the main aim, to make sure she had a good experience.

“I thought she ran a good race. The track was quite soft that day and she will appreciate a better track. I think she will take quite a bit of improvement off that first up run.”

The three-year-old by  I Am Invincible is coming off a sixth at Wyong over the 1200m on September 4.

“He’s one that I’ve had quite a bit to do with and I’ve ridden him in a lot of his trackwork,” she said.

“He’s a really nice little horse. Things didn’t go quite right for him last start, and he was a bit unlucky. His trackwork has been good and I think he is suited to Wyong.”

King links with Richard and Michael Freedman in the 1600m Benchmark 64, riding Unamerican.

She partnered the Americain gelding in his first up effort at Kembla on September 17, where he finished fourth.

“It was a good effort and he ran really well. He will take a fitness edge from that first up run and the extra distance will really help him.”

King believes the Gary Portelli trained Long Weekend is capable of defying the odds and putting together back to back wins, when he starts in the 1100m Benchmark 64.

She rode the Pride Of Dubai colt to his debut win at Kembla over 1000m on September 17.

“He’s a lovely horse and Gary’s done the right thing by him and taken him along quite slowly,” she said.

“He was impressive that first run. We expected him to do that, but it’s still nice when they can perform well at their first start.

“He didn’t have everything go right for him and got a bump at the start and was up on the speed the whole way.

“It was quite a tough win with a bit of merit to it. By all accounts he’s done well since.

“Only six percent of horses get a win next start after their maiden but he could be one who could definitely give it a good shot. He’s going the right way.”