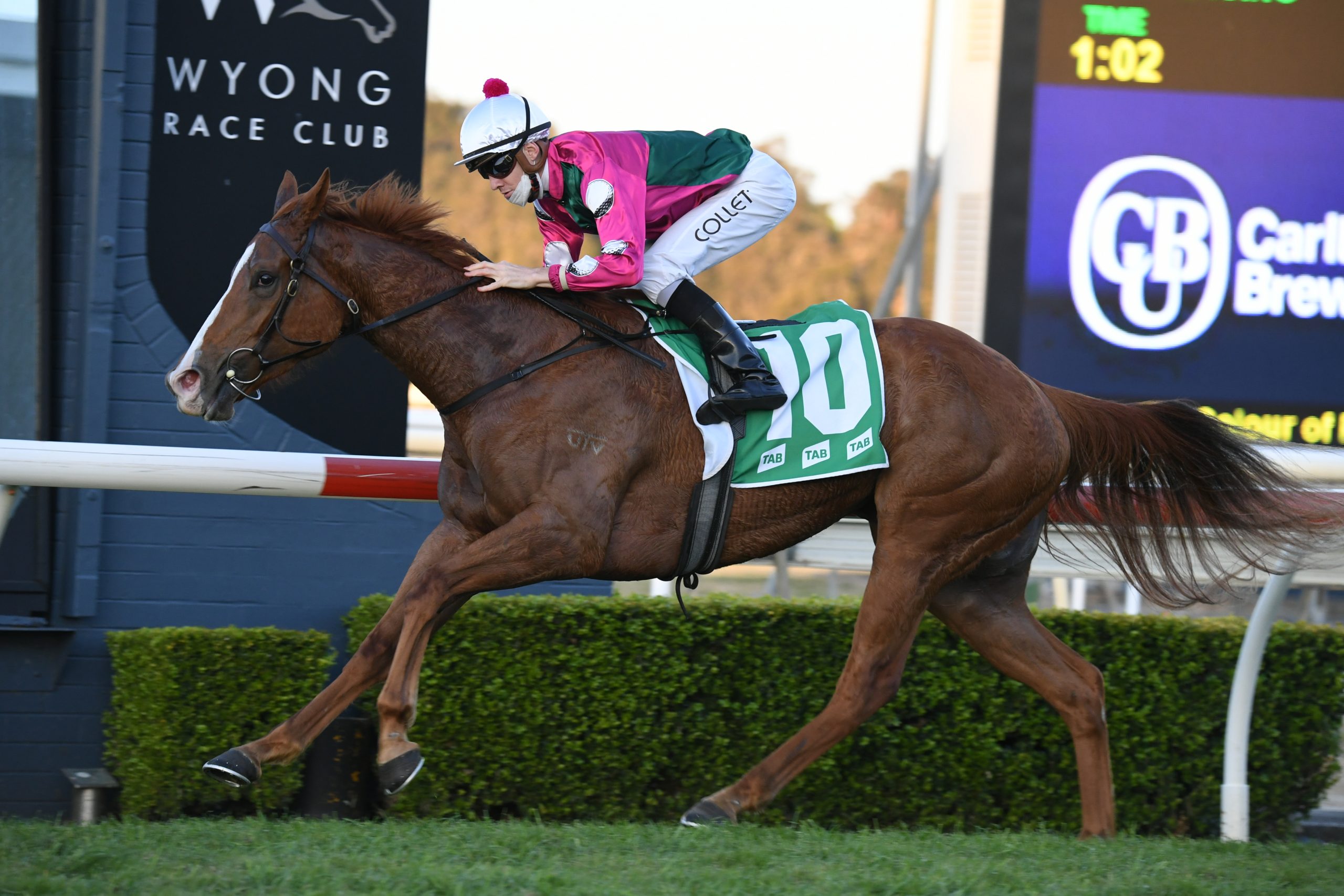 Kristen Buchanan is confident her flying mare Eyewitness can make it back-to-back home track wins at Wyong on Tuesday and continue a super run for the season.

Buchanan is enjoying her best start to a season, with seven winners to date and an impressive win ratio of 27% already seeing her reassess her goals for the year.

“It’s such a good feeling to start so well,” she said. “We had a goal of 40 winners and the foreman has already crossed that out and written 50.

“We have a lot of nice young horses coming through and the older ones are racing really well.

“We’ve increased our numbers slightly but it’s more to do with our horses racing so well and that gets everyone associated with a stable excited.

” I’m just hoping it can continue.”

Buchanan believes she has found another nice race for Eyewitness, who was impressive winning at Wyong on September 3 over the 1100m.

The Star Witness mare, who has three wins from six starts, will line-up in another BM68 over the same distance with trainer expecting another strong performance.

“She’s done really well since her last win. She came through the run well and we put her out for a few days in the nice weather.

“For her it’s a matter of getting away cleanly and when she does it takes a good horse to catch her, especially around Wyong.

“Jason (Collett) rode her so well the other day and he has stuck with her.”

Buchanan believes Eyewitness could get over more distance in time.

“She’s a bit loose at the moment so we will keep her over these shorter distances, but I think down the track when she matures, she could get over further.”

The stable’s other runner Street Candi lines up for her second career start in the 1350m Maiden.

Buchanan was impressed with the Pride of Dubai filly in her debut run at Port Macquarie and believes she will appreciate the extra distance.

“I was really happy with the Port run, she finished off the race really strongly.

“I gave Mikayla (Weir) an open book on how to ride her and she came hard to the post.

“She’s shown me a little bit at home, and I know she will improve as she gets over more ground.

“My only concern is the short straight at Wyong, but Jason is riding her as well and I know he’ll have her in the right place.”

The club host’s an eight-race Go Electrical meeting, with the first getting underway at 1.10pm.