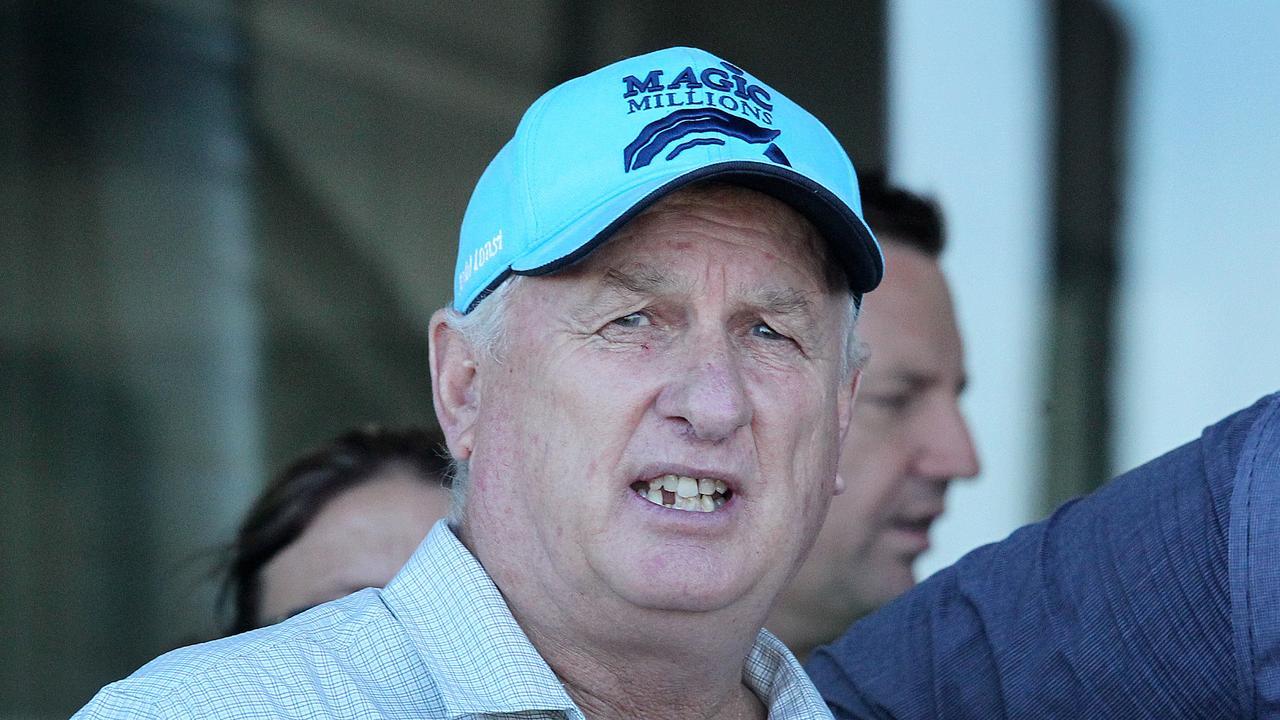 On a high after winning the $200k Tamworth Cup, Jeff Englebrecht hopes his luck can continue on his home track this Thursday.

Englebrecht has The Crimson Idol racing in the 1350m BM64 and believes the consistent mare can be in the finish.

And another winner will be great medicine for the trainer who has been sidelined since late February following tendon surgery.

“It’s been a very frustrating time recovering and slower than I had thought,” Englebrecht said.

“I was in hospital for nine days and then wasn’t able to put my foot on the ground for six weeks.

“I’m getting about a little bit better now but still have a long way to go.”

Englebrecht had 28 staples from the hip down after surgery to repair severed tendons around his right hip.

He has been unable to go the track or races, entrusting his small team to some dedicated workers.

Last Friday he cheered from home as High Court gave him one of his biggest thrills, snatching a late victory in the $200,000 Tamworth Cup.

“I was belting him home from the lounge,” he laughed. “My 85-year-old mother rang me straight after and she was crying.

“It was very exciting. To win any race is great but the Tamworth Cup is prestigious, and the prizemoney certainly helps.

“It was a good boost to me and the family.”

Englebrecht has been making occasional forays to the track and hopes to be back full time in a few weeks.

“I suppose you could say I’m just approaching the home turn. I know I have to take things slowly because I don’t want to go backwards. It’s pretty frustrating but I am making progress.”

Englebrecht will be watching from home when The Crimson Idol shoots for her sixth win from 28 starts at Wyong.

The tough Hinchinbrook five-year-old has had 15 starts this preparation for two wins, her latest at Tamworth over 1400m on March 22.

“She’s not a big mare and has been in work for a long time so will probably spell after this.

“Unfortunately, she will have to overcome a wide barrier, but Bucko (Grant Buckley) knows her well and will get the best out of her.”

The Crimson Idol takes on another super tough competitive, Wayne Seelin’s Isorich in the BM64.

The 10-year-old, having start 131, lines up from barrier two with apprentice Patrick Scorse in the saddle.

The first of seven races gets underway at 4.15pm.