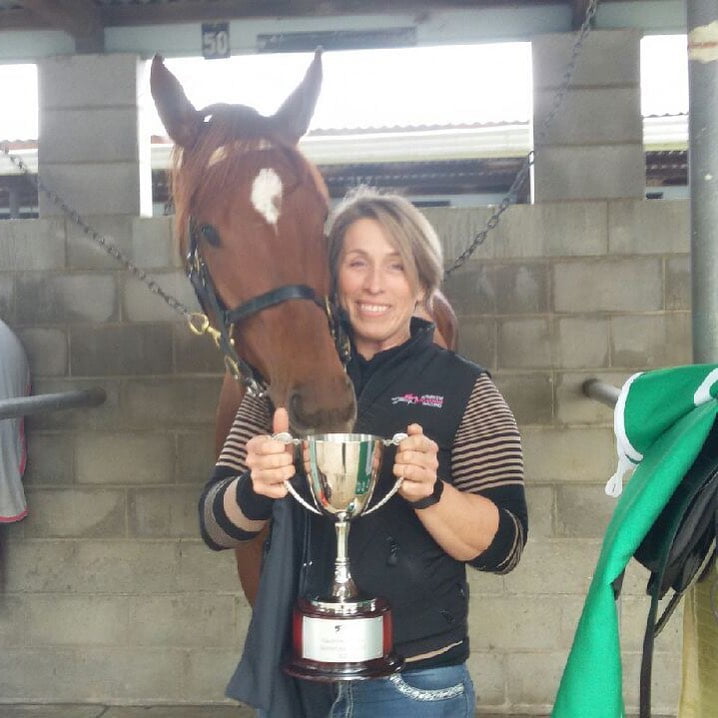 Kristen Buchanan has no doubt Jazzland will have to bring his A game to Friday’s Carlton Draught Wyong Gold Cup.

The six-year-old is among a strong field of 13 stayers making up this year’s $160,000 Listed feature.

Jazzland will carry the hopes of the locals, and while Buchanan concedes it is a tough task, she doesn’t believe it is beyond his capabilities.

“I haven’t got my head stuck in the clouds. I know he is going to be meeting some very nice horses here, but the track suits him and for a big horse he really handles Wyong very well,” Buchanan said.

“He loves the track and knows where the finishing post is. He clicks into gear himself at the 600m and really knows what he’s doing here.”

So strong is the six-year-old’s affinity with his home track, that he is unbeaten in four starts, two of those over the 2100m Cup distance.

He has been in good form leading into the race, claiming the South Grafton Cup over 1600m in July, before a sixth in the Coffs Harbour Cup and most recently a third in the Taree Cup over 2100m.

“He’s unbeaten at home and that does give me confidence, but it’s relative to the grade he’s been running in.

“I believe he is well and truly capable of winning, absolutely. He’s got a terrific cruising speed but he’s a hard horse to ride. If you give him the right run at the right tempo, he can really run to his strengths.

“Bucko (Grant Buckley) has ridden him before and been sweating on riding him again and we are more than happy to have him on.

“We will be looking for him to lead or be there abouts. He loves to dictate but not at all costs. He can’t run his race at both ends.”

Buchanan said while she always knew Jazzland had potential, it has taken a while to work him out.

“He’s got all the ability in the world, but he can really chuck the towel in and have a proper tantrum if he wants to. He’s grown out of it a lot and we know how to keep him happy now.”

Buchanan is super excited about having her first Wyong Cup runner.

“It’s been on the bucket list to be able to have a horse good enough to run in our home track Cup.

“The owners are lovely people and have been very good to train for.

“They are a bit more conservative and feel safer going to country cups. This is definitely my dream come true and they’ve come along for the ride.”

Jazzland will have to beat some heavy hitters in the staying ranks to claim the Wyong Cup.

The Kris Lees trained Attention Run, last year’s Newcastle Cup runner-up, is the $3.60 favourite over stablemate Raheen House ($6), who was third in the Sydney Cup.

Chris Waller, shooting for his eighth Cup in 10 years, saddles up Savacool, also on the $6 line, The Lord Mayor $8 and Toryjoy, an $11 chance.

The John Sargent trained Emeralds, is the early favourite for the $140,000 Listed Collins Accounts Mona Lisa Stakes, over the Lees trained Miss Fabulass, $4.80.

The first of eight races gets underway at 12.55pm.