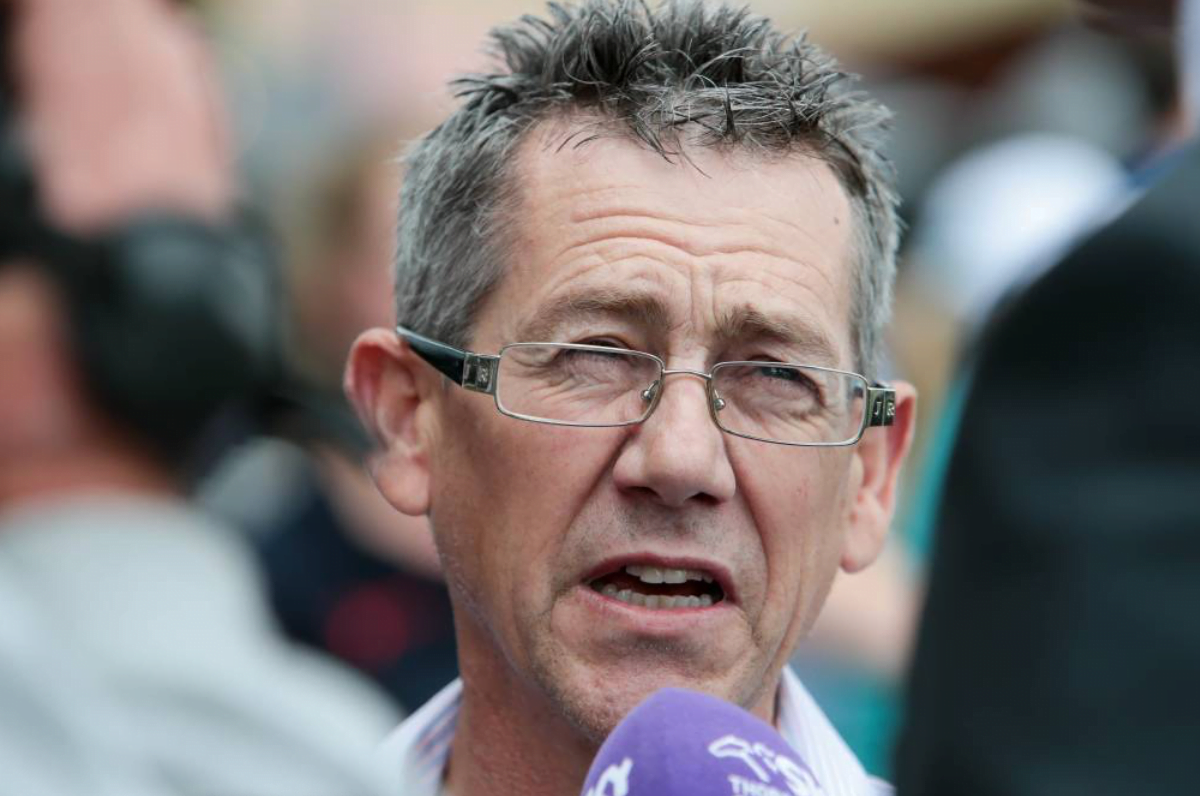 The Tracey Bartley trained Enamour started the day well for locals breaking through for a well-deserved win in the DE BORTOLI WINES 4YO & UP MAIDEN over 1100m.

The Charm Spirit mare had been placed in her past four starts and was coming off a third when resuming at Muswellbrook on January 7.

Her win continued a great month for the Bartley stable with four winners to date.

Enamour’s win came courtesy of in-form apprentice Reece Jones, who took the four-year-old to the lead and rated her well in front, holding out the fast-finishing Giselle Anne to win by half a length.

“She’s a winning mare now and we are all very happy,” Bartley said.

“It’s great for the owners to win a race with her. She’s run second to some good horses so the form around her is good. She will definitely pay her way.”

Bartley said he would consider dropping Enamour back to 1000m next start.

“I’d like to drop her back to 1000m and ride her quieter even though she won like that today.

“We tried to hold her up in her trial and she went really good but the other day at Muswellbrook she got her toe on again.

“It would be good to get her to settle behind them.”

Bartley said it was a good ride by Jones, with his instructions to “rate her and save her for the kick home,” carried out to a tee.

Reece Jones brought up a race to race double after Taree visitor Standing Bear upset the favoured runners to take out the 1100m GREAT NORTHERN ON TAP CLASS 1.

The four-year-old by Smart Missile, a $150,000 yearling, brought up his second win at start nine.

Jones rated the gelding well in front, drawing away in the final stages to win by almost four lengths.

Ball said he had expected Standing Bear to race well.

“He didn’t handle the heavy 10 at Coffs last start and before that he got beaten only two lengths in a Highway,” he said.

“It was an absolute bog at Coffs but here on a soft 5 he was well suited.

“He’s got plenty of ability and can go for a spell now.

“He will come back a better horse.”

Well-bred Chris Waller debutant Lucilight proved too smart for her opposition in the JIM BEAM MAIDEN over 1350m, overhauling the short-priced favourite on the line.

By All Too Hard, Lucilight carries the Inglis colours of Group 1 winning mare Youngstar.

King settled the three-year-old toward the rear of the small field throughout, before finding a gap on straightening and drawing away for an impressive win.

“We’ve given her a bit of time to get to the races, strengthen up and mature,” he said.

“She won quite easily today but it was just a matter of would she be able to do it first up.

“Rachel gave a glowing report and said she’s very professional and will go on with the job.

“She should be a nice metropolitan horse and maybe even go a bit further.”

Lucilight, who returned $8.50, beat the $1.55 favourite Nearly Fine, from the Mark Newnham stable, with another Waller runner, Big Angle ($6), third.

A few anxious moments for the connections of Desert Flame in the final stages of the RYAN’S METAL ROOFING MAIDEN over 1600m.

The three-year-old daughter of Pride of Dubai looked all out of steam heading for the line but managed to hold out the fast-finishing opposition to win by half a length.

A $200,000 yearling, Desert Flame had four placings leading into the race, the latest a third a Warwick Farm on January 13.

She was sent out $1.40 favourite on the back of her strong Metropolitan and Provincial form.

Trainer David Payne had planned to let the filly roll along in front and Keagan Latham was able to carry out his instructions, with Desert Flame taking an early lead.

Latham dictated the pace in front before kicking away on the turn, only to be threatened late by the Sombre Prize ($51) from the Henry Reeves stable and Red Hot Zone ($17), trained by Clarry Connors.

Payne said he has always had a decent opinion of the filly.

“She’s been knocking on the door for a while,” he said.

“We wanted to get that win out of the way today.”

The Matthew Smith trained mare brought up her fourth career win at start 29.

Alysha Collett settled the five-year-old outside the leader and short priced favourite So United but had the superior fitness in the straight drawing away to win by more than a length.

“She is just one of those horses who needs things to go right for her in the run,” he said.

“She’s won over the 2100m before and it was good to see her sitting handy and keeping out of trouble.

Duchess Of Windsor ($13), beat the $2.30 favourite So United from the Waterhouse/Bott stable, with Itasca, trained by Scott Singleton, third.

The son of Choistar, raced by the Steinmetz family, brought up his fifth career win in a thrilling three-way finish.

Weir had the mare well-placed midfield for much of the race, before taking her to the lead on straightening.

She had to dig deep in the final stages to secure a narrow short half head win for the five-year-old over the Freedman trained Dinado ($7), with the $2.60 race favourite Lexi’s Choice, from the Widdup stable, a half-length behind in third.

Writing Unexpected appreciated the drop in class having last run in the Moruya Cup over 1435m.

Promising filly Proud Mia franked her winning form with an impressive victory in the WYONG’S NEXT RACEDAY THURSDAY FEBRUARY 25 BENCHMARK 64.

The Pride Of Dubai three-year-old brought up her fourth win from just nine starts in a smart time over the 1000m.

Apprentice Tyler Schiller drove the filly to the lead from the barriers, rating her well in the running before pulling away in the final stages to win by more than a length.

Trainer Nick Olive has always had a good opinion of Proud Mia, who was sent out $3 favourite.

“She is very fast but also seems very professional in what she does,” he said.

“She’s got a lot of natural speed and that’s probably her biggest asset.”

A $60,000 yearling, Proud Mia beat the Stephen Bartley trained Engadine ($7) by more than a length, with Upper East Side ($17) from the Buchanan stable, third.