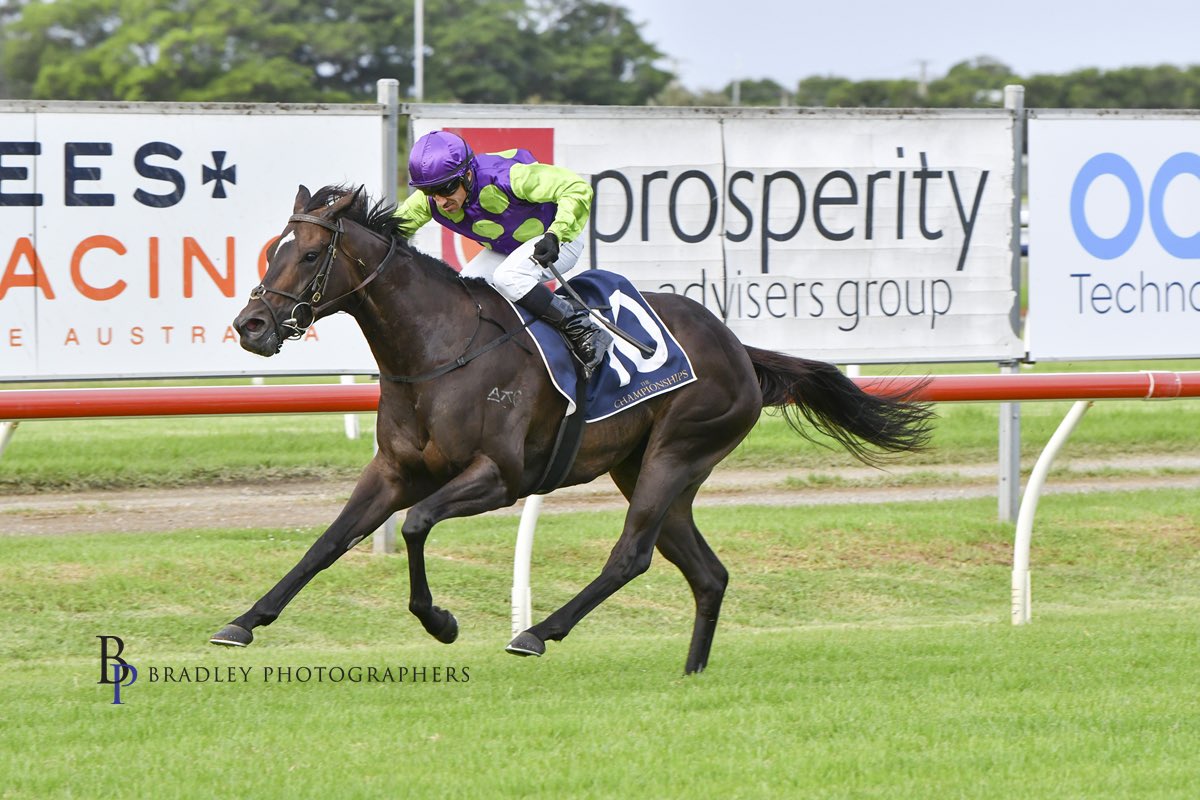 Consistent heavy rain caused the meeting to be transferred from Wyong to Newcastle, but Bartley had no complaints taking out the feature and the previous race, the 1200m BM68, with Sebrenco.

Barossa Rosa is now the second of Bartley’s small team to qualify for the $500,000 final at Randwick on April 9, joining stablemate Kiss Sum.

There was a great deal of uncertainty about the four-year-old making the final qualifier at Newcastle, after she suffered a stone bruise earlier in the week.

Bartley and his team worked day and night to ensure she was fit for her shot at the rich series.

“She trod on something and came out with a big stone bruise, and we worked morning and night to get her there,” Bartley said.

“I was expecting to scratch her the morning of the race, but we trotted her up and she was fine.”

The rest as they say is history, but things didn’t quite to plan to plan, giving Bartley a few nervous moments during the race.

Normally a front running mare, jockey Jeff Penza landed toward the rear, unable to cross from the wide barrier.

He had to come from last on the turn, but courtesy of a great rails hugging ride, was able to pull away to score by more than a length.

“I’ve never seen this mare last in her life, so I was a bit worried,” Bartley conceded. “But she cut the corner and I think he saved six lengths.

“All credit to Jeff and I hope he comes and rides her in the final.

“We’ve got two in the final now and it’s a great effort for stable with just 20 horses in work and a credit to our staff.

“We’ve got some nice horses in work, and we look after them.”

Penza said that when things didn’t go to plan at the start, he opted to take a sit.

“I had to take what we had, so I slipped over to the fence, and she really sprinted when I wanted her to. Once she got into clear running she hit the line well.”

Grande Rumore from the Lees stable was second, giving the powerful stable five runners in the final.

Kristen Buchanan’s Pandora Blue was brave in defeat finishing fourth, after leading for most of the race.

The Waugh, Buchanan, Lane, Farley, Bartley and Munce stables all have horses nominated for the final shot at the series, the Wildcard at Newcastle this coming Thursday.