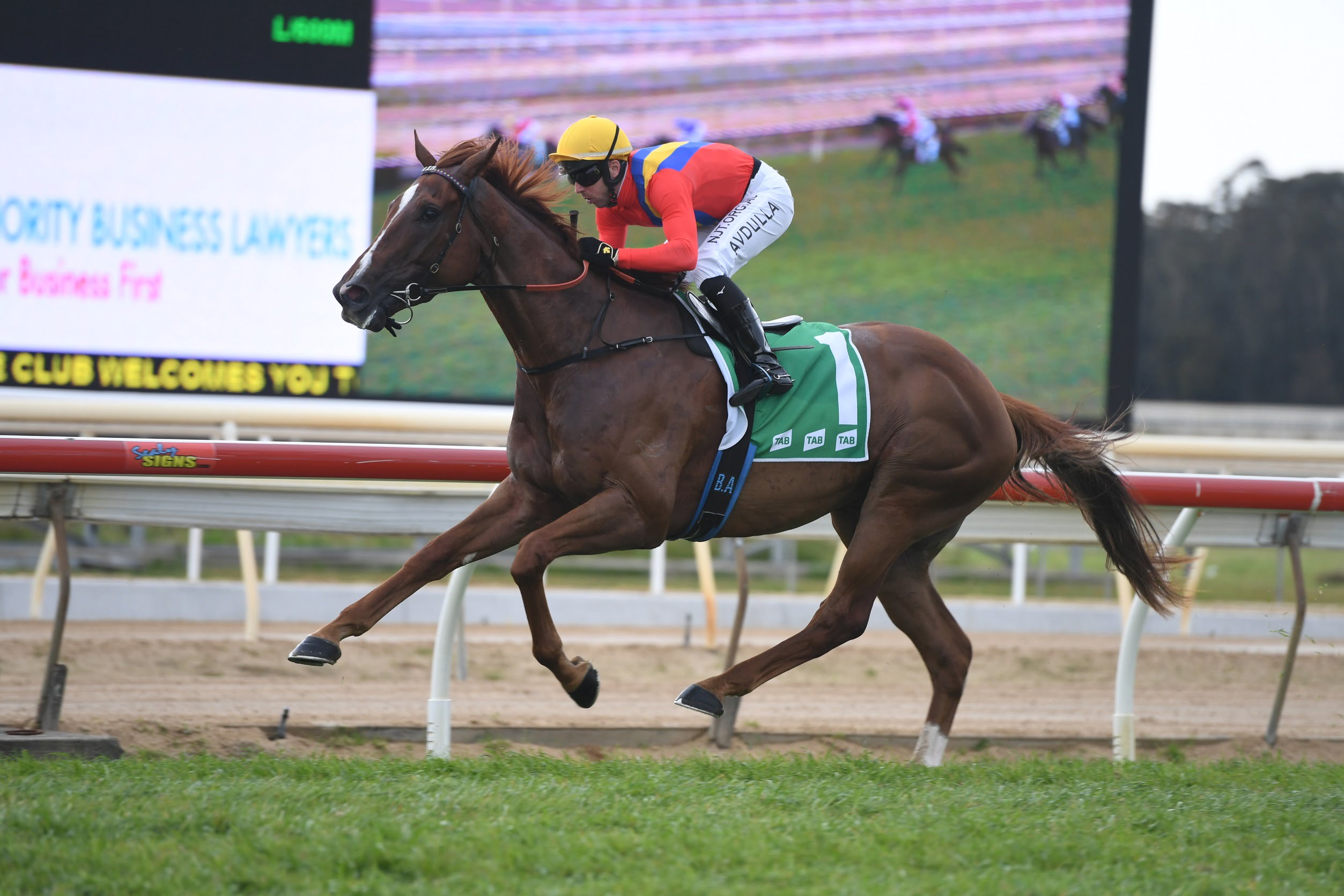 Kim Waugh has always had a good opinion of Atherton and hopes he can start living up to her expectations by putting together back to back Wyong wins.

The Written Tycoon gelding scored a dominant two length victory over the 1350m on September 4 to break his maiden status.

He lines up in the Class 1 over the same distance on Tuesday and Waugh is hopeful he can taste success again.

“He’s done well since his win and it looks like a nice race for him,” she said.

“We’ve always liked him and early on we thought he was a Group horse.

“He has always shown so much promise but failed to put it together on race day.”

The well-bred four-year-old is a full brother to Waugh’s Provincial Championship heat winner Hetty Heights and raced by the same connections, the mare winning five of her 28 starts for $250,000 in prizemoney.

“He’s really well bred, and the owners have been so patient,” she said.

“Hopefully his win the other day will give him some really nice confidence.

“It’s just taken a while to get him right. He’s a big horse and has taken a lot of time but hopefully he can put it all together now.

“I think he will get further and hopefully he can produce what we always thought he could.”

Brenton Avdulla, who partnered Atherton to victory, retains the ride.

He will have to take on another promising last start winner, Sammy from the Lees stable.

The colt, out of Lee’s multiple group winning mare Samantha Miss, was dominant winning his maiden over the 1200m on September 4.

He hit the line strongly to record a length win and will likely appreciate the extra distance, with Nash Rawiller in the saddle.

Waugh is confident her other runner, Reset gelding Destacado, should race well in the 1350m Maiden.

The lightly raced five-year-old, who has run two fourths at Provincial level since joining the stable, will be ridden by Rawiller.

At his last outing he struggled in the heavy going at Hawkesbury over 1300m.

“He didn’t handle the heavy track at all the other day so hopefully the track should be nice for him on Tuesday.

A strong eight-race meeting gets underway at 1.05pm.